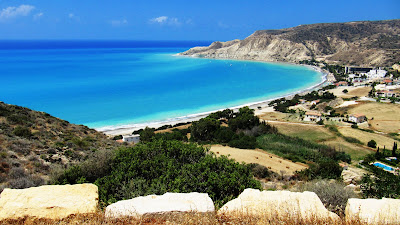 Monday morning. The alarm was set for 3 am :( A few moments later the taxi arrived on time. Miami @ Dallas Game 3 was watched on the way to the airport - the Dallas loss was a bad sign already! Then, delay of 6 hours at Hamburg airport (plane was hit by lightning and forced it to be checked completely). Tobi and me, we had plenty of time for an enjoyable breakfast after getting 2 vouchers each. The flight itself was horribly boring, and, landed, we struggled a bit to reach our destination Kalavasos in the evening. We rented the the MTBs there and started the tour through the Cyprian Troodos Mountains on the next morning. 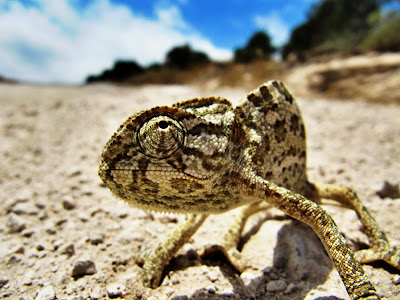 Through the mountains
It took us 4 days to get to the other side of Cyprus. Going up, going down, stopping a couple of times in little villages to refill the water reservoirs at the bike and in the backpack, gasping for breath and taking some pictures we were coming the sun a bit closer - approx.

1500 meters of height was the maximum. It was hot and the sun was burning, no cloud, no drop of rain, 35°C. Some light winds and trees giving shade were more than welcome. Almost dead, we reached our ahead booked hotel in Agros on the second day (That was a bit too much under those conditions!). Day 3 was finished in Lemithou, relaxing and sunbathing at our pool :-P And all the way to Polis in the west on the forth day, seeing the sea the first time and jumping in without even taking off the biking cloths :D 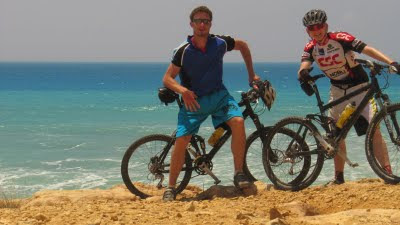 Along the coastline
After spending an easy-going day on the Akamas peninsula, we had some excellent rides along the coast, to Kato Paphos, Pissouri, Limassol and back to Kalavasos. Beaches were completely unpeopled, no tourist, only some turtles were supposed to be there (but we haven't seen one). Crystal clear water was inviting us to stay a bit longer. In the evening, when the sun was going down, snakes were sneaking around and disappeared in the bushes infront of us. Pretty impressive. We finished the days with Cyprians delights: Greek Salads, Seafood, Lamb, Tahini, Houmous and Haloumi ... Simply nice!!! :)