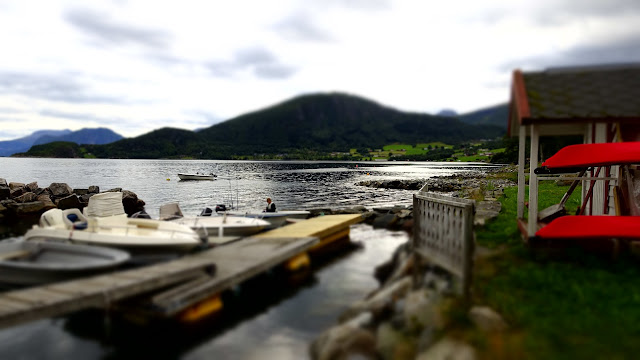 And again, one more trip to Norways. Hard to find regions where we have not been. But that's also not necessary. Along the Norwegian shore, the ocean hits the mountains - that's what makes that country so spectacular. 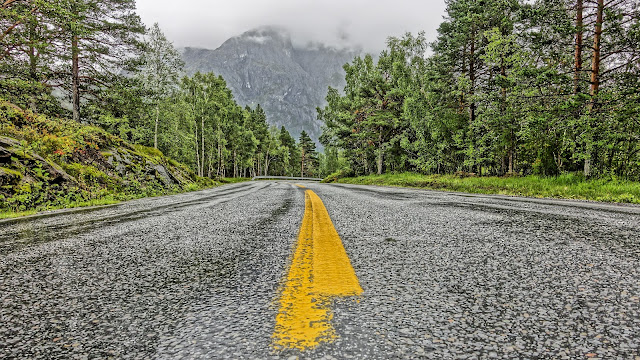 Romsdalfjord is a quite known area, located right opposite Molde. We visited my parents who checked in a typical norwegian cottage, a bit uphill, and therefore with a nice and wide view over the fjord. 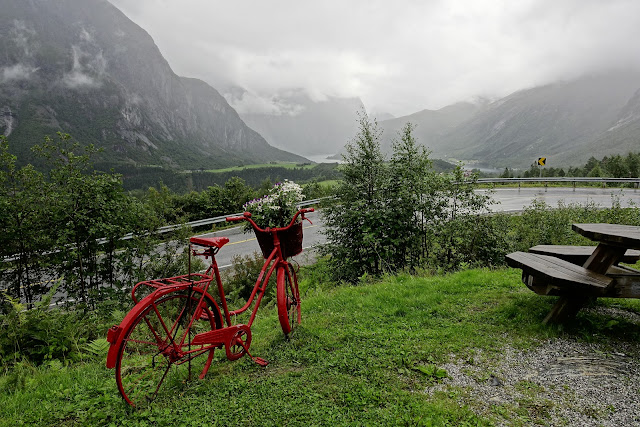 Some actions were about to come up. First thing: a little road trip, first to Kristiansund, followed by the Atlantic road. Not to forget the Bremsnes Cave. The Atlantic Road is a must see. It's so uniquely constructed. And always so spectacular to see or cross it by any means. 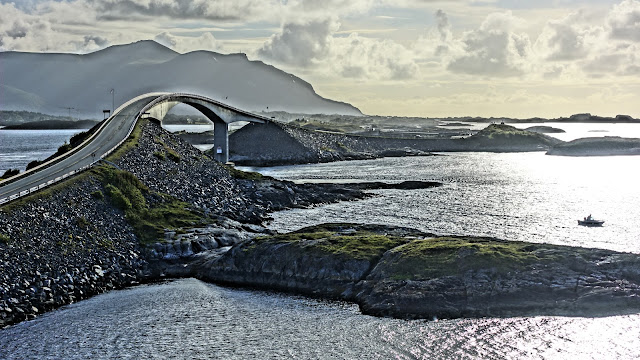 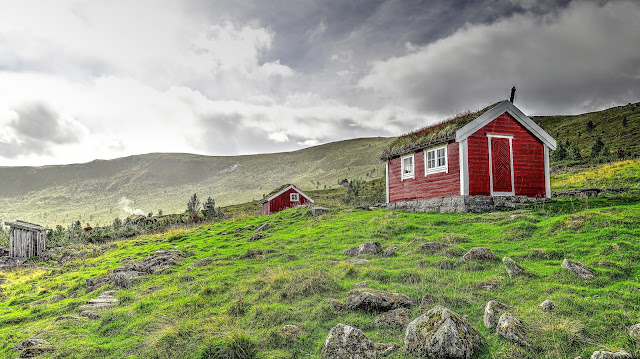 Helsetnakken, starting from Vikebukt, was climbed by us and we were rewarded with those lookouts. Too bad rain was pouring down heavily, with temperatures dropping down to 5 degrees. No other chance than commencing the homeward journey. 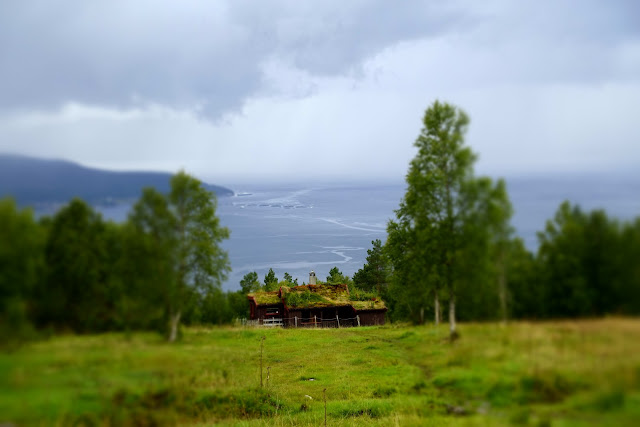 And on the way to the airport, there still was some time left for strolling around Alesund, despite dizzle every now and then. Somehow the city seems to be empty, but the fish & chips were awesome. 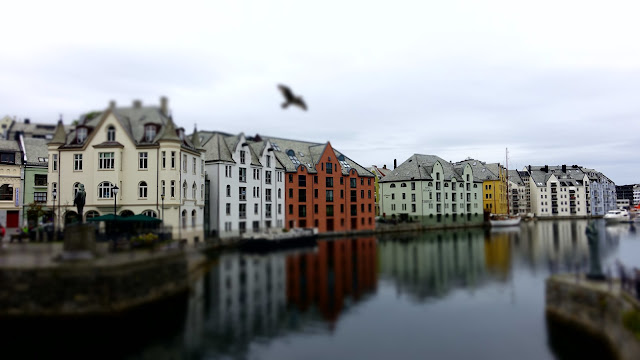