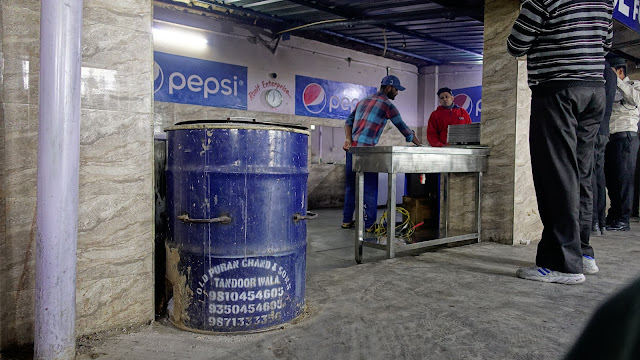 I arrived at New Dheli airport, the flight itself went well, what else when flying Business. I passed the arrival hall, and was supposed to be picked up. But by whom? I just had a name, and a mobile number. Which I tried to call, but somehow couldn't get through at first, and then didn't hear anything. The guy on the other end obviously did, and called back. With the same result. So I had to wait, with no clue for whom and where and for how long. 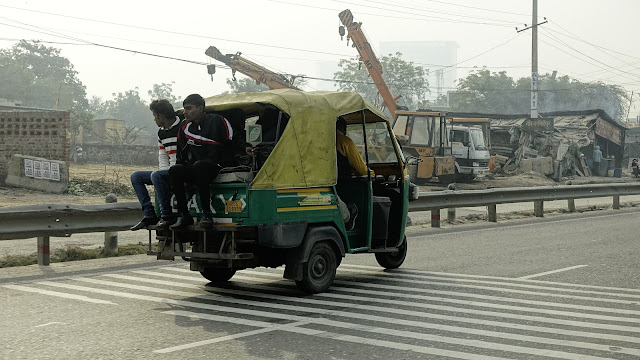 Then, a small guy came outta nowhere, walked towards me and I assumed he was calling my name. I replied, and it obviously went forward. He took me to a taxi rank. I had to wait again, still not sure if that was the right thing. The guy left, and another one came across, waved me to him and made me sit in his car. Quite dusty vehicle, warn seats, his back mirror broken, one of the outer ones didn't even exist. Felt really safe. 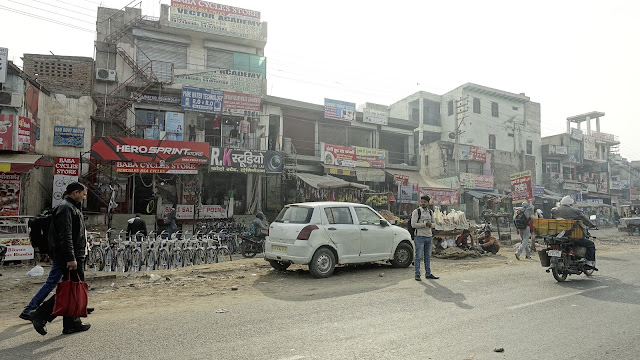 After another while where I didn't know what was actually happening, and waiting for someone looking like a taxi driver, a big guy approached and took a seat. He turned out to be my driver. And luckily, he had some scraps of English. We were leaving the airport, and 10 minutes later, he explained he needed to prepare for the long ride. We took the next turn right, a dead end which ended up in an huge open air parking area, with workshops. Half of the cars were crap and not epairable anymore. My driver flipped some rupees to a bunch of guys and they immediately started to clean our car while we were going to the "canteen". It seemed to be a bunker, with a few tables and chairs, dark and smoke-filled, but cooking on fire places, tea with milk served from behind a counter. Cats and dogs trying to get food leftovers. I had a Chai tea, with milk, just to have at least something and to turn down the offer. I was searching for a rubbish bin, my driver simply took and dropped it. "Welcome to India", he just said. 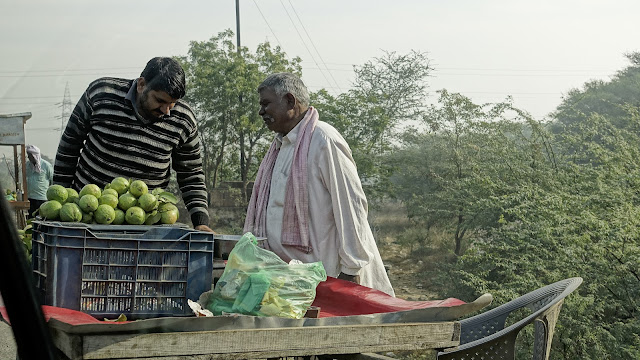 Then we hit the road again, left Dheli behind us as streets were getting smaller and more rough. The traffic itself got better, but not less dangerous though. A break was more than welcome. My driver wanted me to taste his favourite fruits. I still don't know what it was. Green, tennis ball sized. The fruit was cut and salt was scattered. It tasted weird - eatable, but so weird. 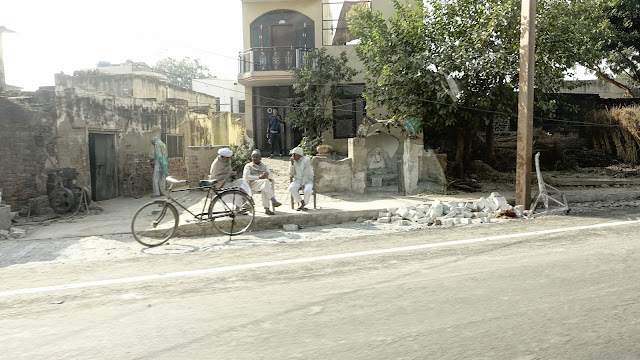 It took us 4 hours to reach our destination, in the middle of nowhere. A region called Mohindergarh. I stayed in a guest house, located right next to the converter station where I was working for the next days. There were a few chefs too who prepare breakfast, lunch and dinner. Really no need to try to go somewhere else. For a good reason. There was nothing around - for kilometres. 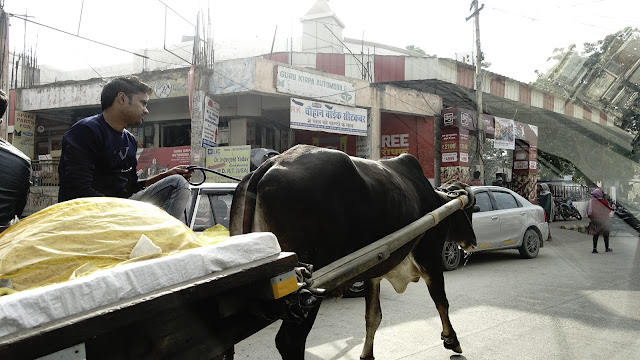 The meals themselves were well prepared and really good. Roti bread, rice, some kind of beans-vegetable-mixture and curry. And some pure chilis to spice it as desired. 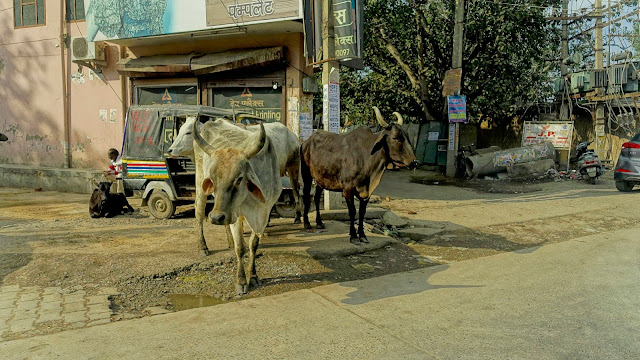 The last challenge, the ride back at night, 4 hours through the dark. I was happy both lights were working and intact. But the Indian style of driving is not what I am used to. It's basically without any rules, the strongest wins, the first one's right. But somehow it seems to work. But so happy when entering the departure hall at the airport. 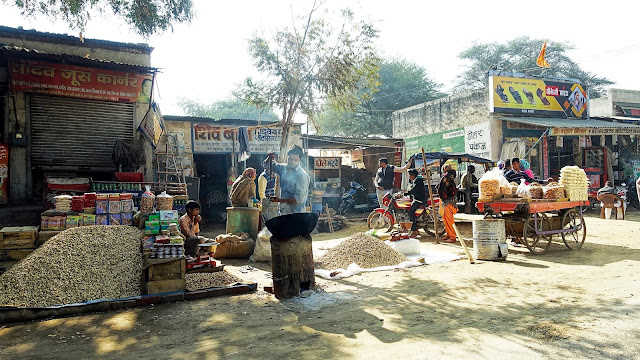