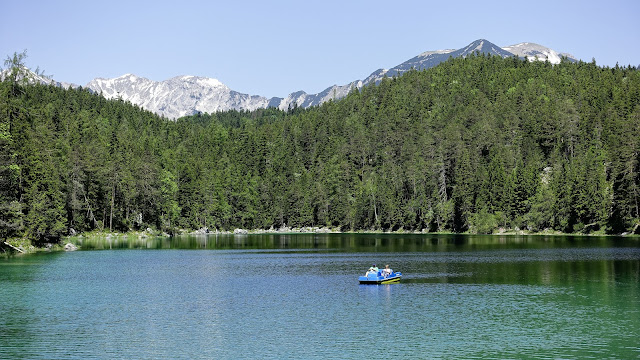 The time has come again, time for another tour with my biking buddy and cousin. This time, we started in Garmisch-Partenkirchen and had planned a 4-day round trip in the Zugspitze area. Cycling around crystal clear and turquoise Eibsee, we crossed the first summit and stopped for a short break at Hochthörle Hütte (absolutely recommended - delicious food). 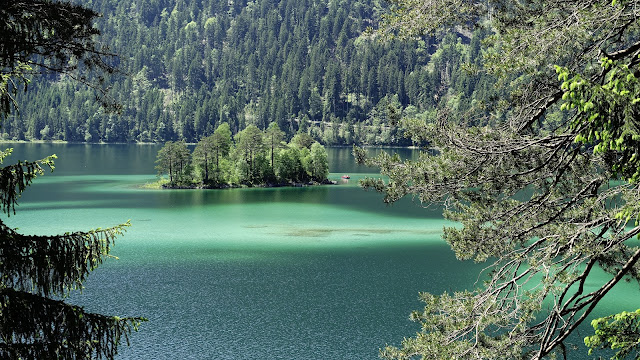 We could have stayed there for a little longer, but time was ticking and still a few kilometres to go. We passed Ehrwald, before riding uphill again, stopping again at Seebensee, to evaluate how to proceed best. 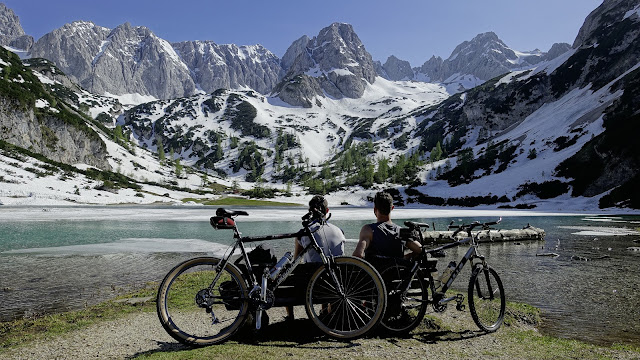 We haven't been that high up, but the snow was still there. In June, mid of June. And the most difficult part still to come. We had an idea, a bit risky, admittedly, but obviously the only and best solution. 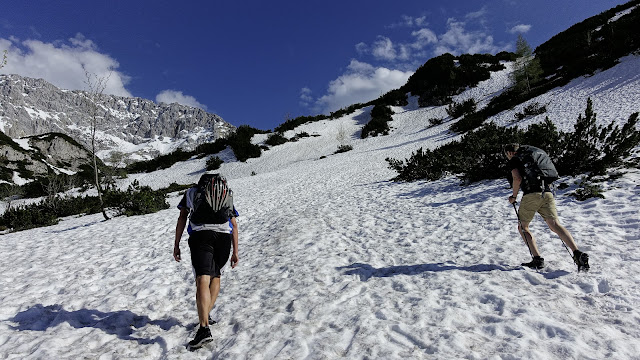 Hiding the bikes in the bushes (no locks taken with us) seemed to be the only way out. Okay, pushing or carrying the bikes would have been the other thing. But it was already hard enough the way it was. We just needed a little bit of luck and trust in people that our bikes were to be found the next morning where we have placed them the evening before. 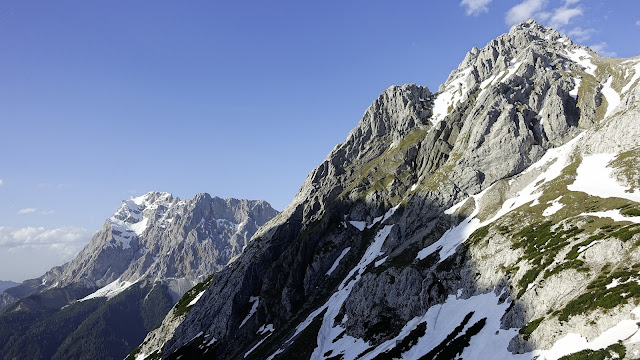 Besides us, a bunch of other people have found their way to the Coburger Hütte too.Cottage life at its best. Good food, some beers and chats with other people across the tables. 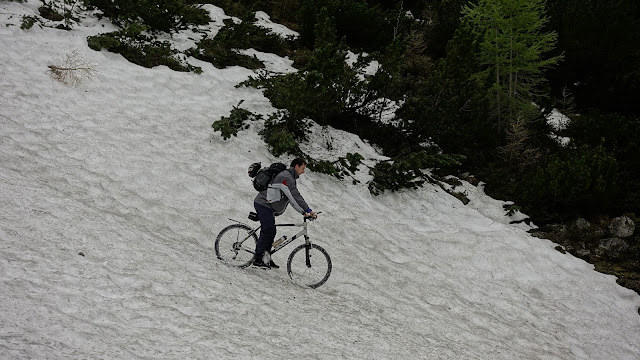 What a surprise - bikes still there the next morning, both. Time to keep on rolling. 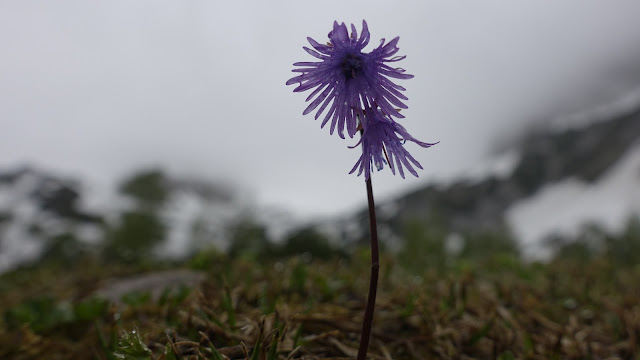 Temperatures dropped, rain every now and then. And it came even worse. 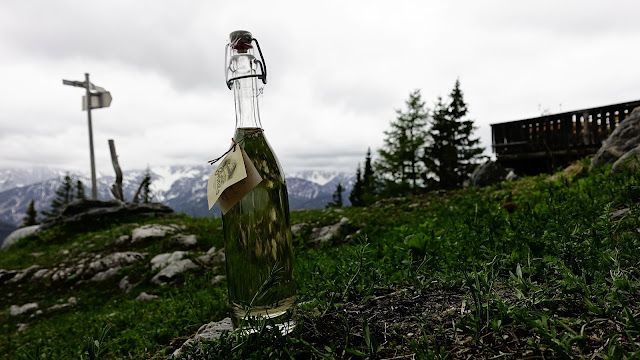 In Scharnitz, we bought provisions like smoked ham and cheese and bread, for the approaching mountain. Quite a long ride. But then, we heard that our day 2 destination, the Hallerangerhaus, was still covered with snow and therefore, has not opened up yet. I understood then why no one replied via Email or phone. Hence, we needed to reschedule. 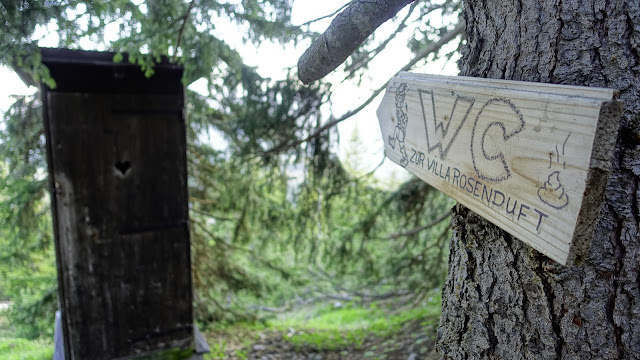 We didn't have many options. The Pleisenhütte was the one to be not far to seek. Luckily, they even had two beds vacant in a 12 bed dorm. Perfectly happy! 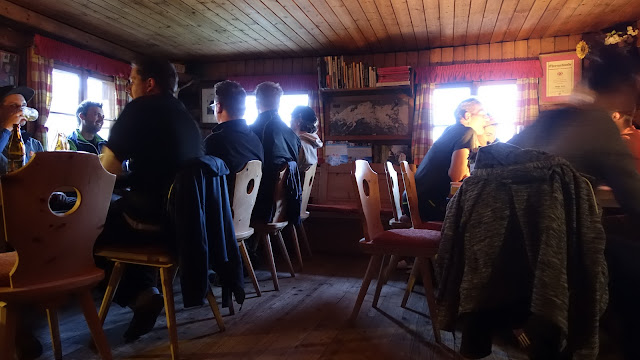 I don't know how sleeping was possible at all. At least 3 out of 12 snoring, window and door kept shut. Such a short night, or long night, depending on the perspective. 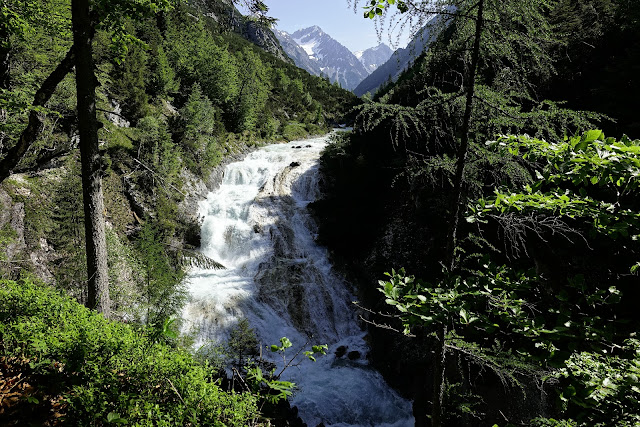 We then took the route via Mittenwald, a well known area. Weather was better again, maybe too good and kinda hot when ascending in direct sun. But ok, not really something to complain about. 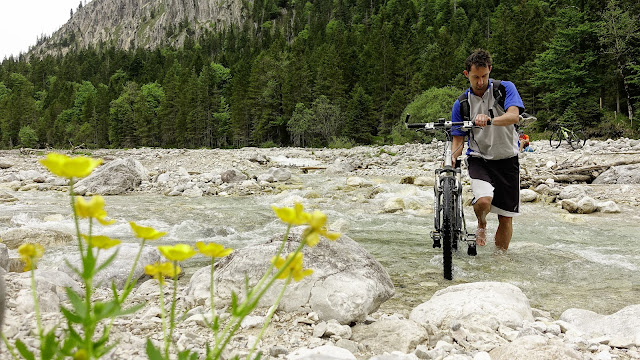 Overheating not possible - meltwaters, feeding the rivers, cooled us down again. 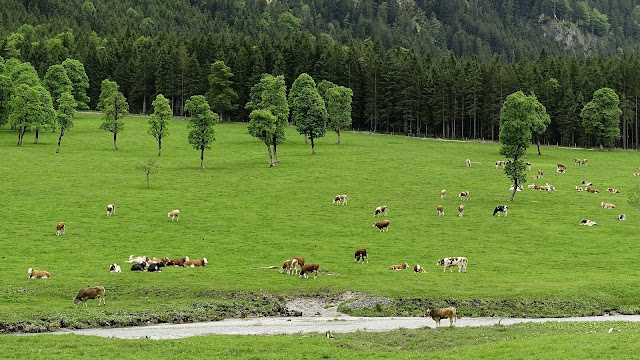 Cycling through the Großer Ahornboden, a dead end street, but well known for its beauty. A lot of people had the some idea. Luckily not all of them had the intention to stay overnight at Binsalm.

Last stage, all the way back to Garmisch-Partenkirchen via Finzalm and Almgasthof Esterberg. Perfect finish, especially because we finished right before the thunderstorm started. 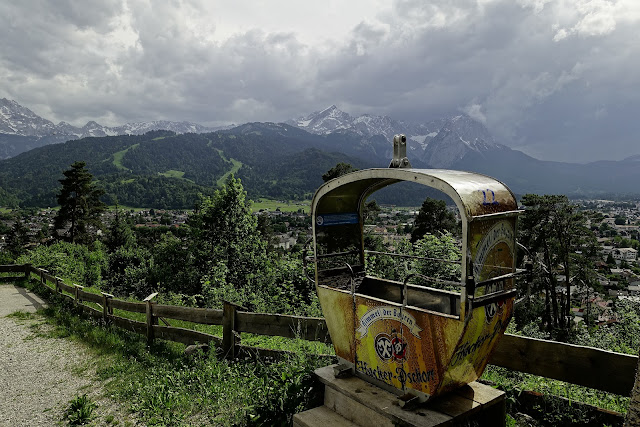