I had some extraordinary hard weeks, and it's not gonna be easier within the next. Daniel said we are just going there, taking everything easy and relaxed, drinking some beers and running a bit. Paaah, dream on!!! We were forced to do the German AND the Bavarian Sportabzeichen all together on one day. Holy shit!!! That happens if you do some sports on Sundays and the examiner has to much time.

The first discipline: Long jump. Not that difficult for a basketball star. 4,83m - just enough for silver! 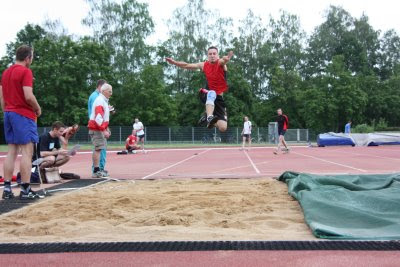 Instead of shot put, we were allowed to hurl some balls with a weight of 1,5kg. 39,40m had been enough to reach the gold width. 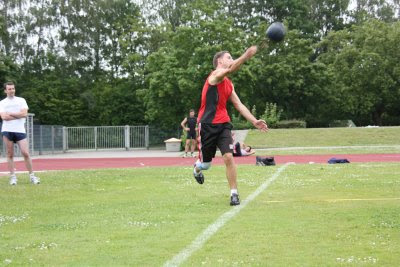 Next discipline: 100m-sprint. My first test sprint was around 14,7s!!! That's absolutely non-acceptable. But I'm getting faster - the more I run the better I get. 13,3s last Wednesday! Anyway, just enough to be in the bronze region. Keep on tryin'... 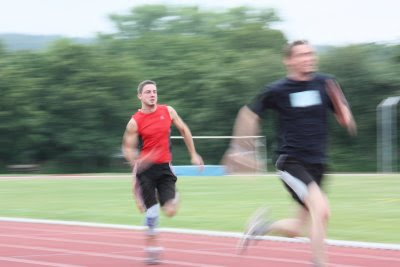 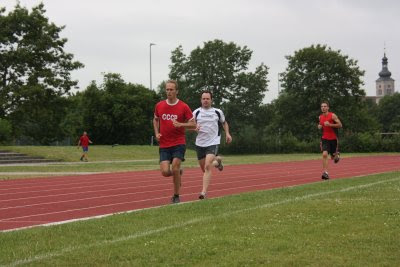 20km cycling was coming up next. My favourite discipline - and I coped with this brilliantly. I was said I will participate in the Tour de France, but nothing happended. 33:10min!!!

Overall result: I proudly present a German Sportabzeichen, and a bronze Bavarian one (but that is gonna upgraded to silver, at least, within the next weeks) ;)
Gepostet von Andi unter 12:08 am