6 am: Perth airport! With just a little sleep, we took the transfer shuttle bus to the city centre, but didn't get too far. The bus, with us two as the only passengers, broke down and had to stop. What a start down under. After having a little chat with the bus driver, we hopped on the next bus taking us down town. Next destination: Catching a power nap in the Rydges Hotel! Regained strength, Antje's Perth shopping tour could begin. 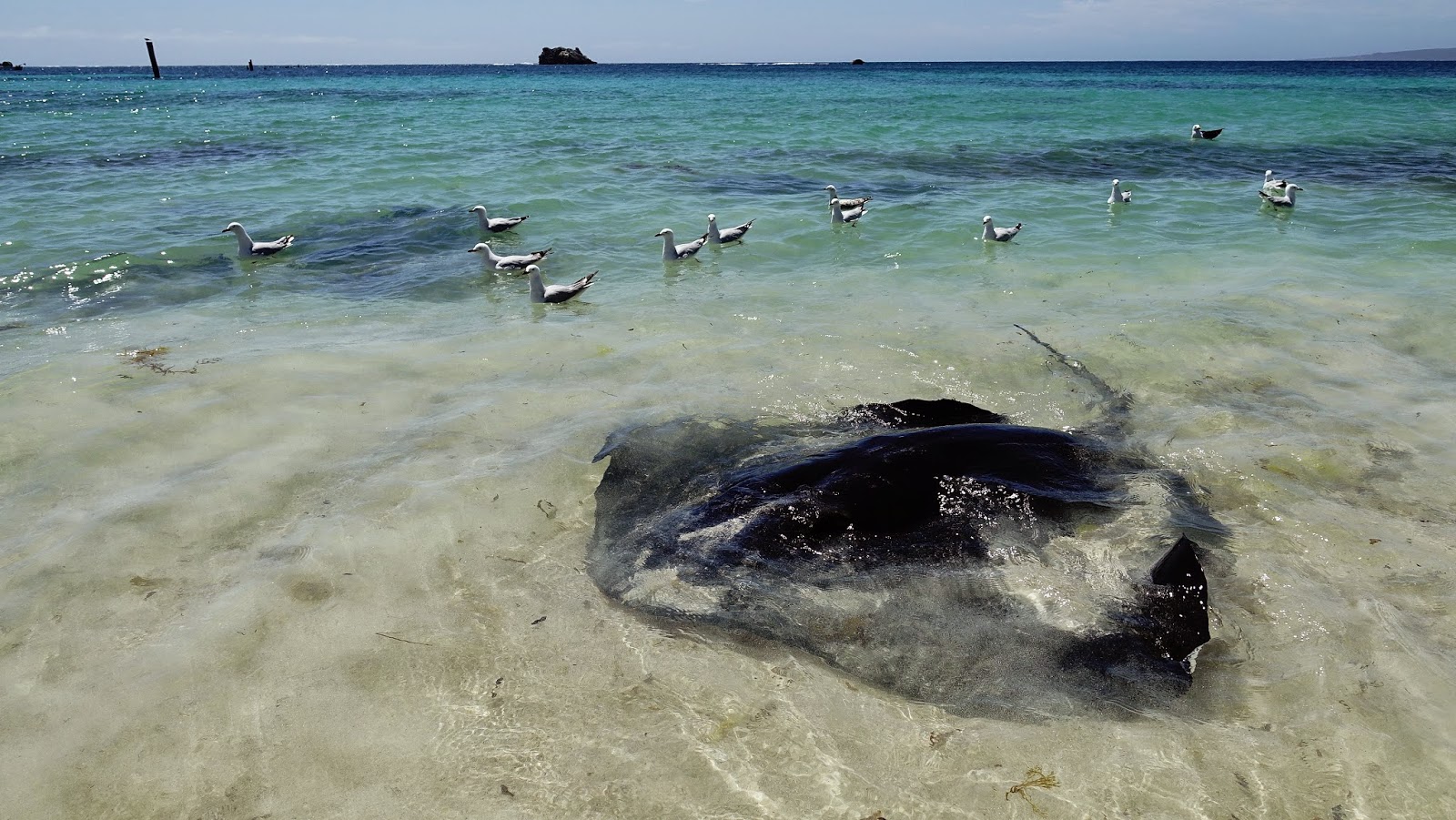 Shop till ya drop! I was happy there still was some time left for grabbing something to eat in between. Nah, wasn’t that bad! But there have been some chances to get rid of too much money. Next morning, we left the hotel and took the next bus going to 1 Miller Street, home of the Wicked Camper office (and garage). After waiting 1 hour or so in the queue, we got a skimmed introduction (including safety induction) in our cars’ handling (i.e. keys, and returning it clean, otherwise 200 $ fine). Then we saw it, the Mars Attacks vehicle, more colourful than hippies in the 80’s would have been able to imagine. It was running for more than 350.000 km already. No night driving allowed, no accidents with animals involved covered by insurance. Simply said, we’ve bought the reduction B additional insurance for nothing! I mean, what’s the chance of hitting another car somewhere in the outback when being happy seeing one single car after driving for 5 hours straight? Anyway, that little bus was our home (bus, kitchen, bathroom, sleeping room, dressing room and cupboard at once) for the next two weeks. 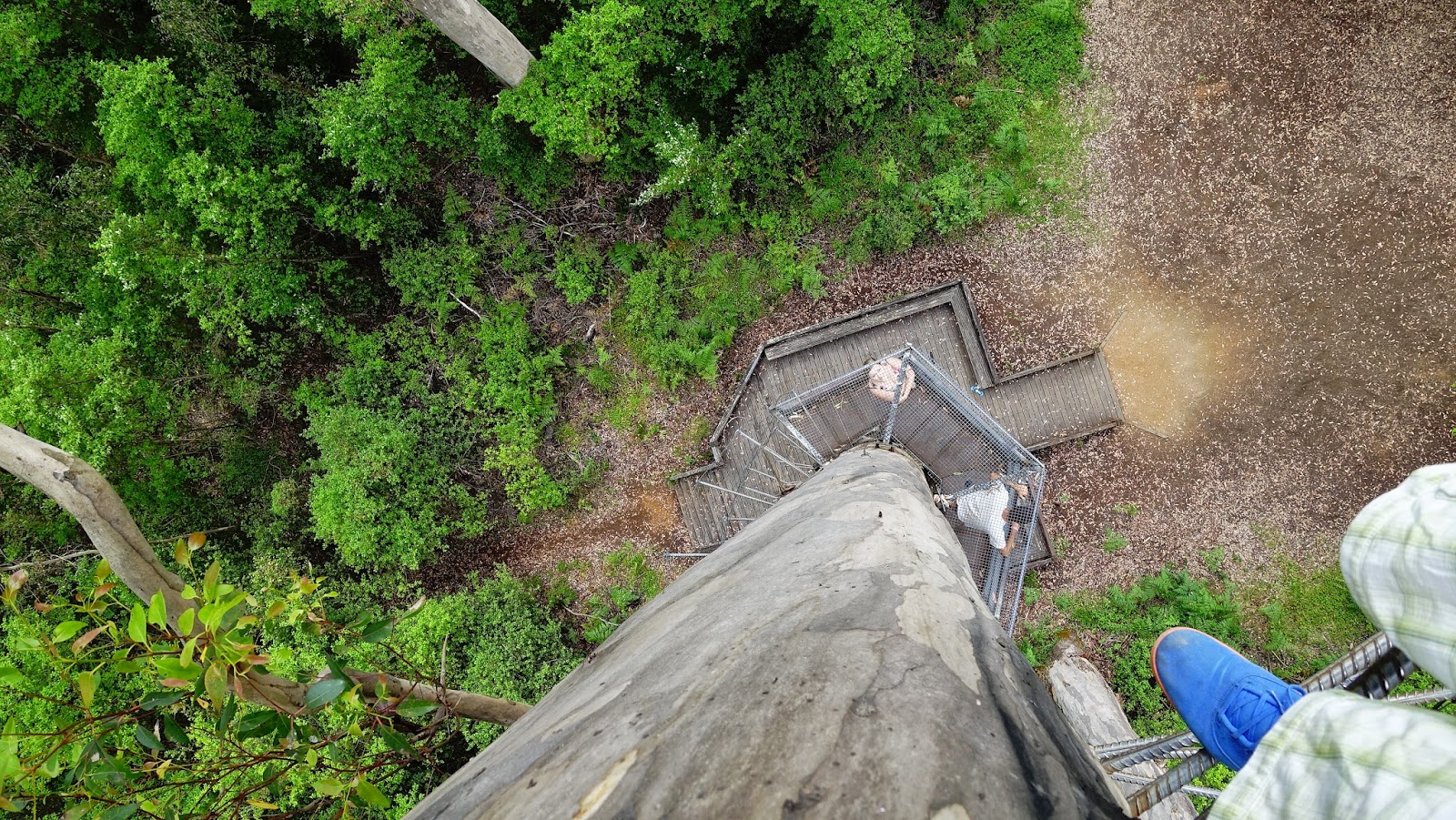 So we hit the road, first stop: Petrol station – we had to refill the tank due to cars will be returned empty, or better said: as empty as possible. We went to Fremantle next, including, guess what, shopping of course! And had some really tasty fish ‘n’ chips. We went further south, and found a suitable spot near the beach. At 7 pm, it was already getting dark and the first night somewhere between mangroves and sand was awaiting us. With having no light, things to do were limited. Advantage: Getting up earlier than usual. We took a walking tour on the Busselton jetty (1,8 km one way) and got sunburned, although we’ve put sunscreen on! The perfect beaches didn’t help to get some protection. 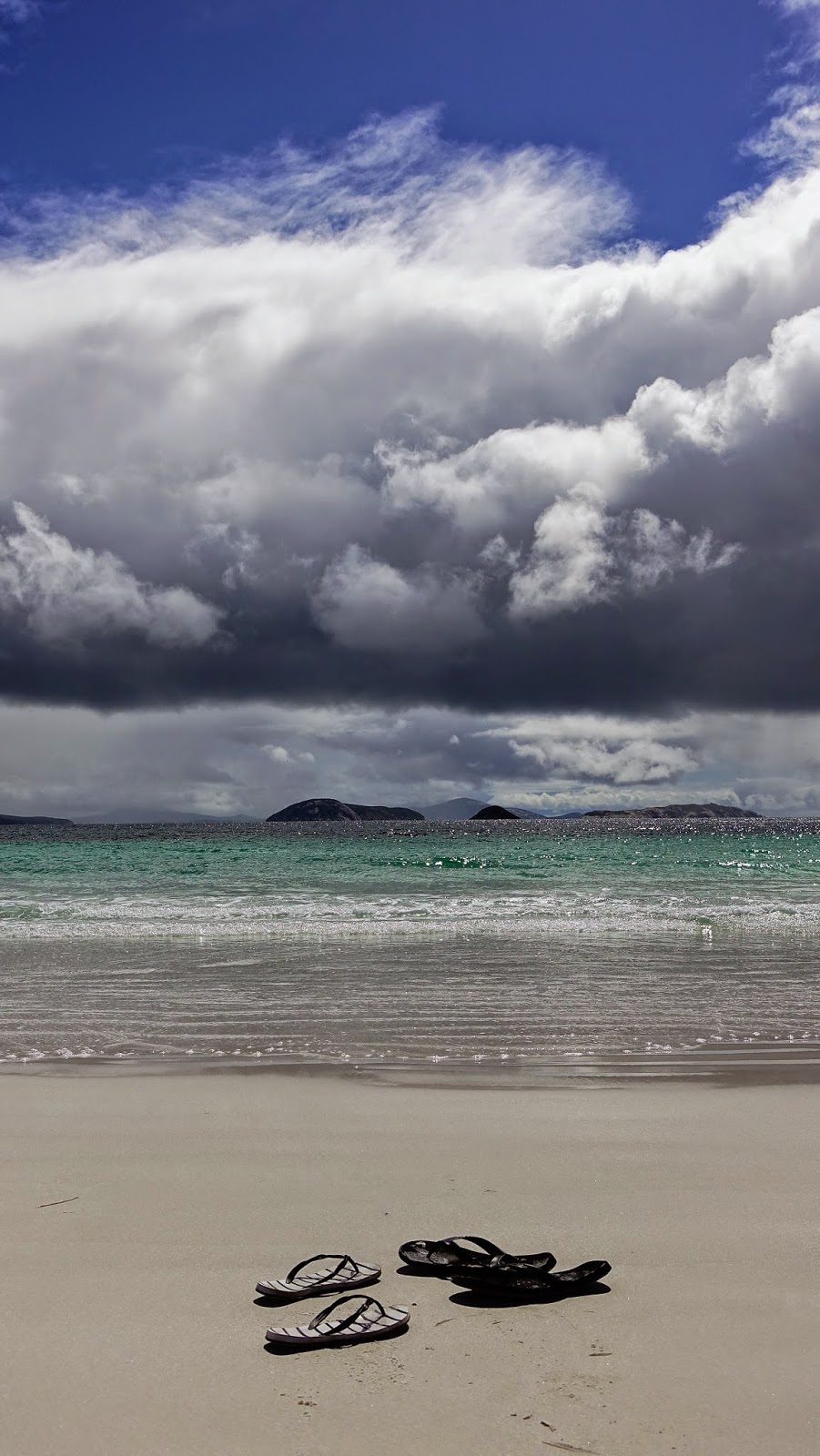 After staying on a National Park campground we decided to visit the Grand Cave, a self-exploring cave. Being there quite early (not even the ranger has arrived), we read the information board. It sounded promising. We got a hard hat and a torch, each of us. Then we stepped down the main entrance hall. Walking a few steps further, we found ourselves in total darkness (when having the torch switched off). Kinda scary. The path was getting narrower until we had to crawl though such a little gap where people easily could get stuck. We had to climb then, up and down again a bit later, sometimes with the help of a rope, if there was one. Some 60 minutes later, we were happy to see the sunlight again. Quite adventurous and cool!

Time to go on then. Cape Leeuwin, where the Indian Ocean meets the Southern Ocean. And Hamelin Bay, diving with huge 2m sting rays, which got as close as touching distance. I expected them to be more rough, more solid. They’d rather feel like jelly. 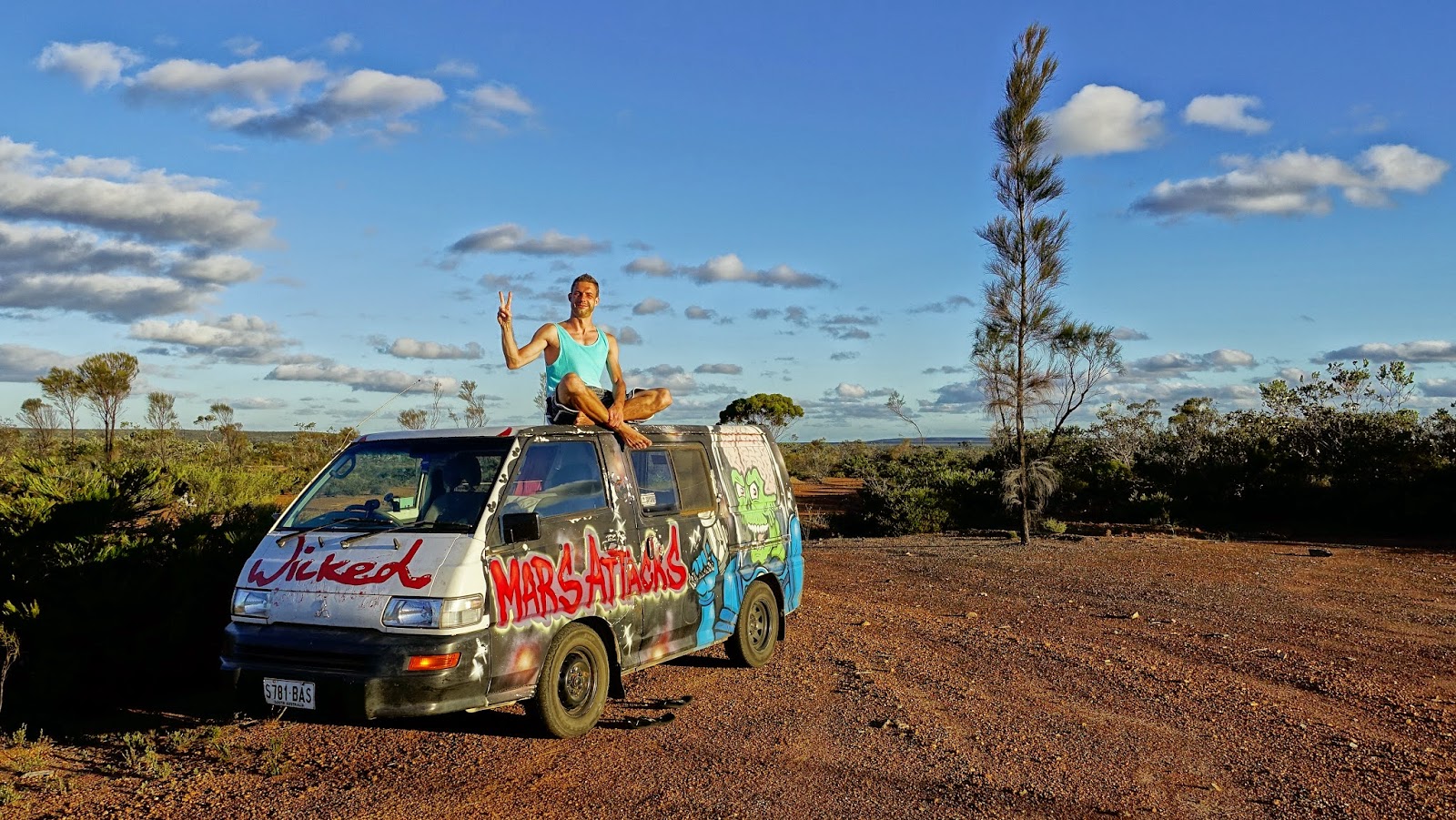 In Pemberton, we climbed the Gloucester and Bicentennial Tree. They stuck metal steel pipes in the trunk, which leads you, by following step by step, to the tree top and an extraordinary lookout. Everything on your own risk, no safety stuff, if you slip, you fell deep, depending on the level where you’re at. Still so much worth it.

The tree top walk in the Valley of the Giants was listed as next highlight. And beaches: Conspicuous Cliffs, Greens Pool, Ocean Beach, Frenchman Bay and Goode Beach Torndirrup National Park, just to name a few. One of them needs to be mentioned separately: Little Beach in the Two Peoples National park – white sand, blue-greenish water, idyllic and remote. More than beautiful. 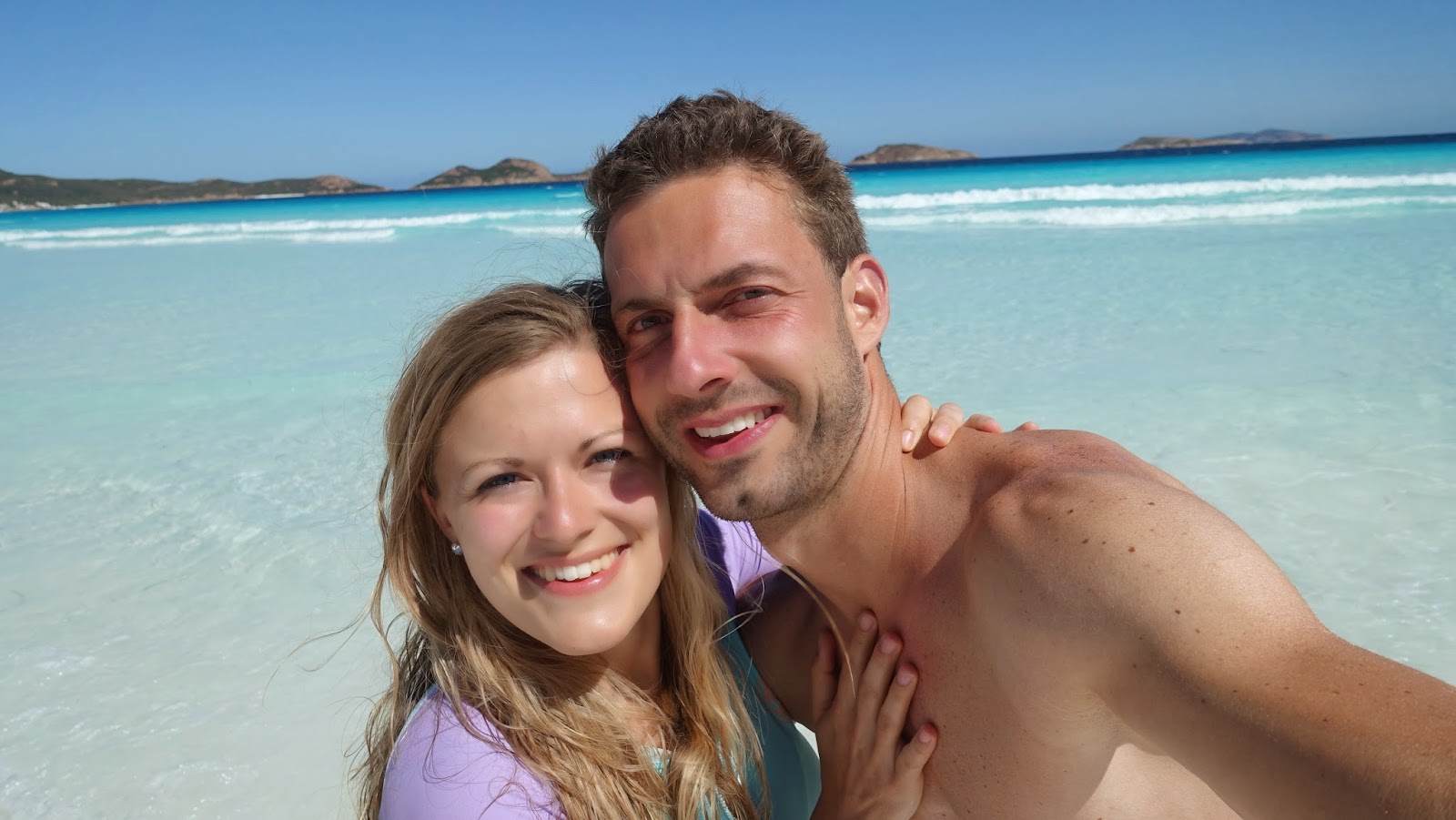 We left Albany (eat a Burger at Dylans on the terrace, it’s a must) and went north, passed Porongurup National Park and the Stirling Range before getting caught by going on straight roads for hundreds of kilometres. A little rest was needed and we stopped in Ravensthorpe, had to shop something for dinner (pre-boiled rice and Indian butter chicken sauce) and noticed, when starting the engine again, the oil warning notification lamp was illuminated. Saturday, 5 pm. Shops won’t be open that long out there. We didn’t have many options. One of them was going back to the petrol station and asked for the oil the car was using. Luckily, they didn’t sell any of those we needed. Instead, they sent us back to the supermarket where we were just coming from. Running around in circles. But at least they had the stuff, in a 5 litre plastic tank. The camper van (we called him Hitchy) was thirsty, swallowing 2 litres at once. And this kept us going on. 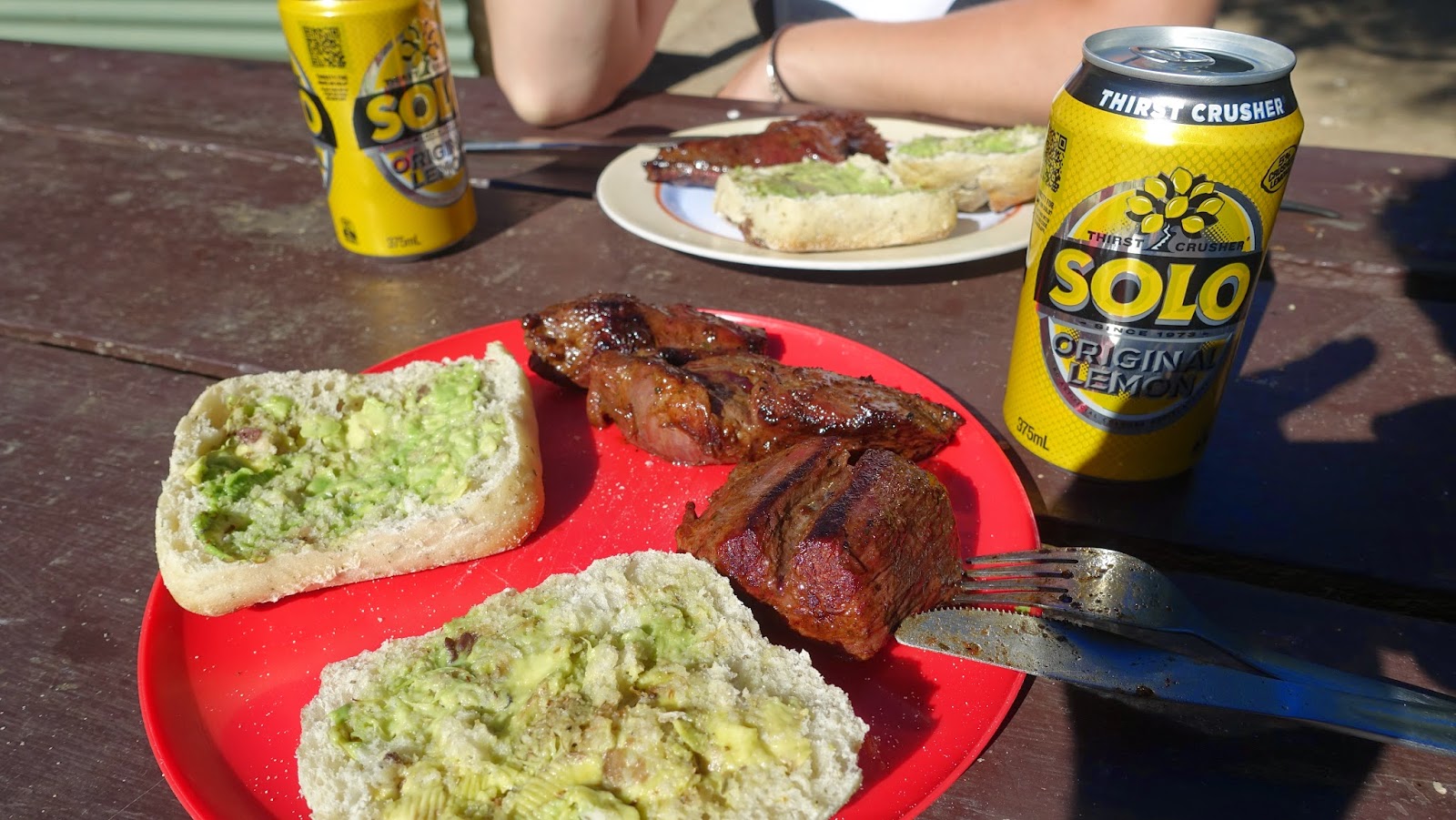 The next morning, we entered Fitzgerald River National Park. The beaches were wide and white sanded. With no one else there than us. Still, a strange feeling was a side effect. And as a brown-black snake was suddenly showing up right next to me, looking at me, holding in and moving forward then finally, it was time to find the way to the final destination: Esperance! 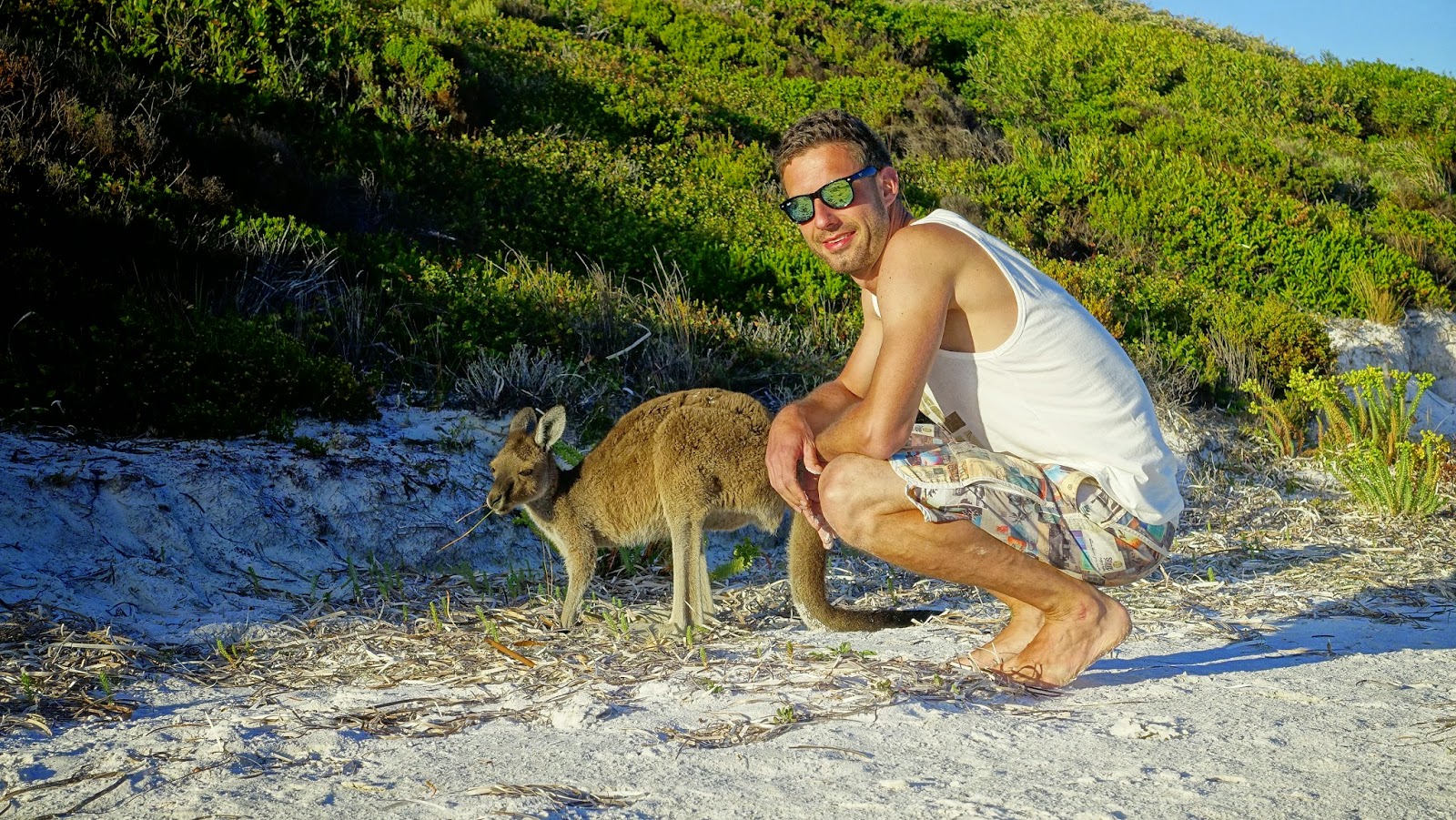 I’ve never seen beaches like that. Shallow water, for some hundred metres, crystal-clear water, blue saturated, fine white sand all over the place, with kangaroos picking up grass leaves. The postcards sold everywhere were true; they represent how it really is. I didn’t believe so, but that’s how it really is. All this topped everything up. A lovely place to stay a couple of days – or a couple of days longer. 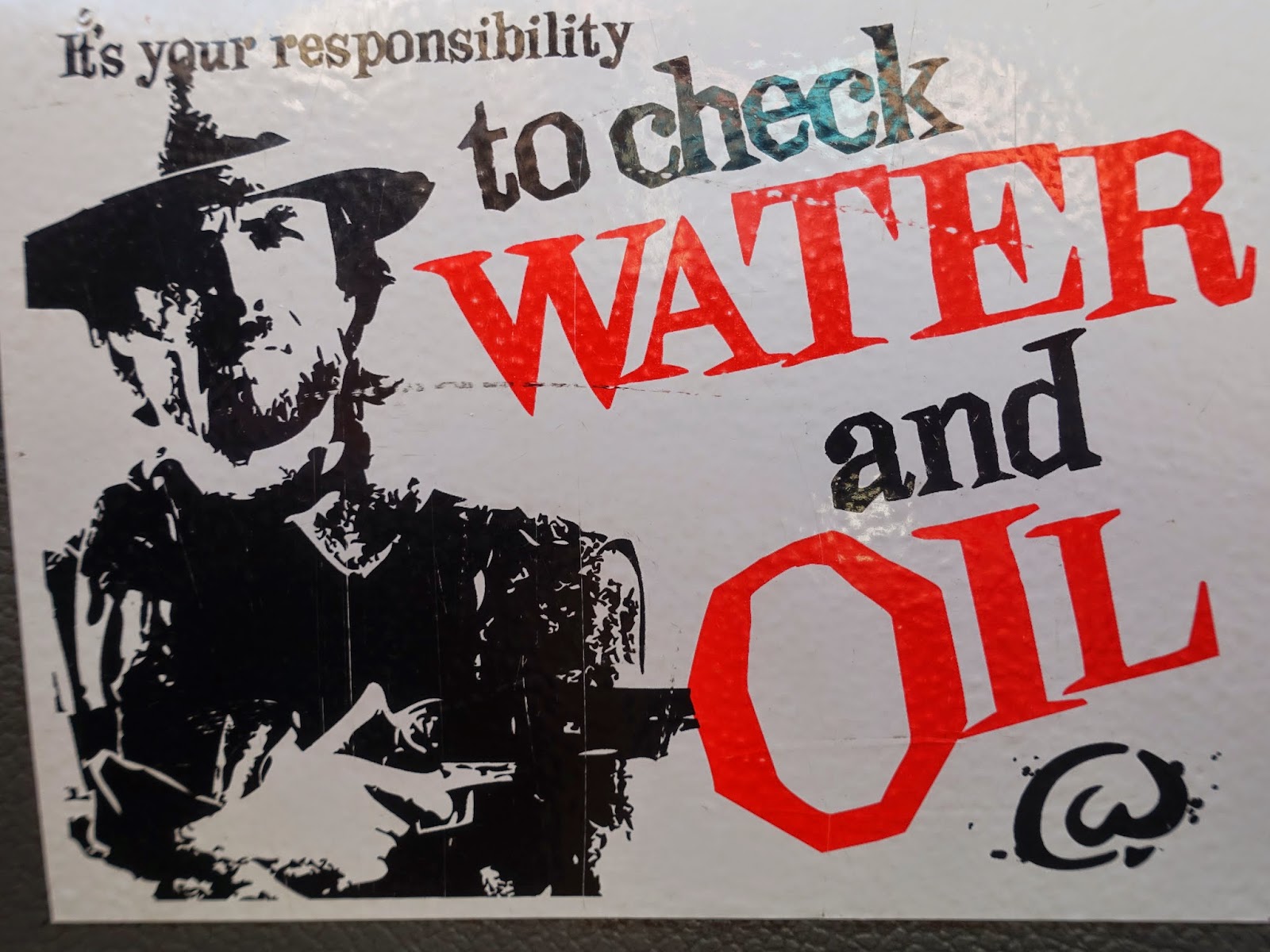 Every time we entered the car, this sticker reminded us kindly what to do before hitting the road again. Thanks Wicked!!! 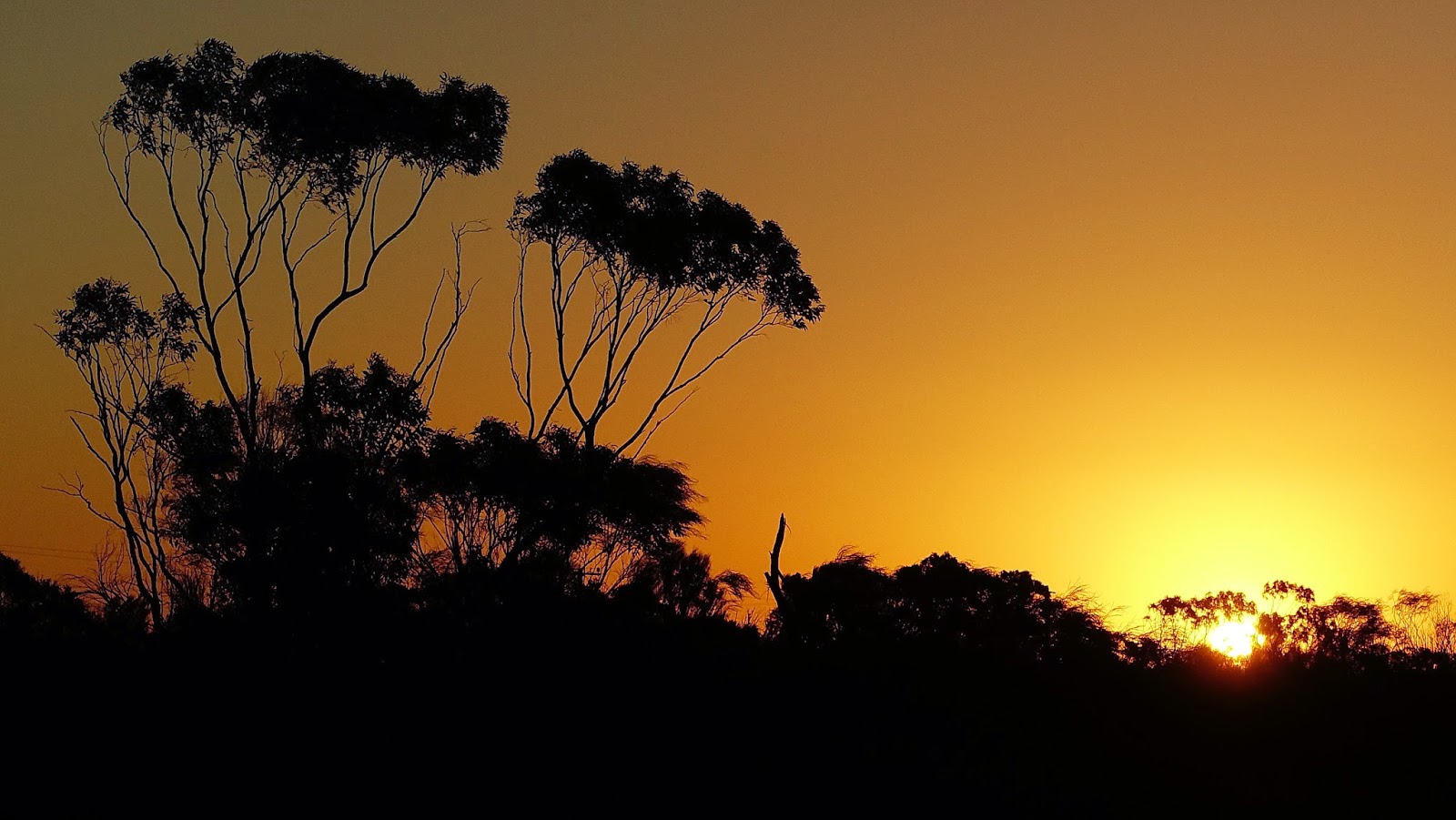 The sunsets were amazing, one of the highlights travelling along the west coast. 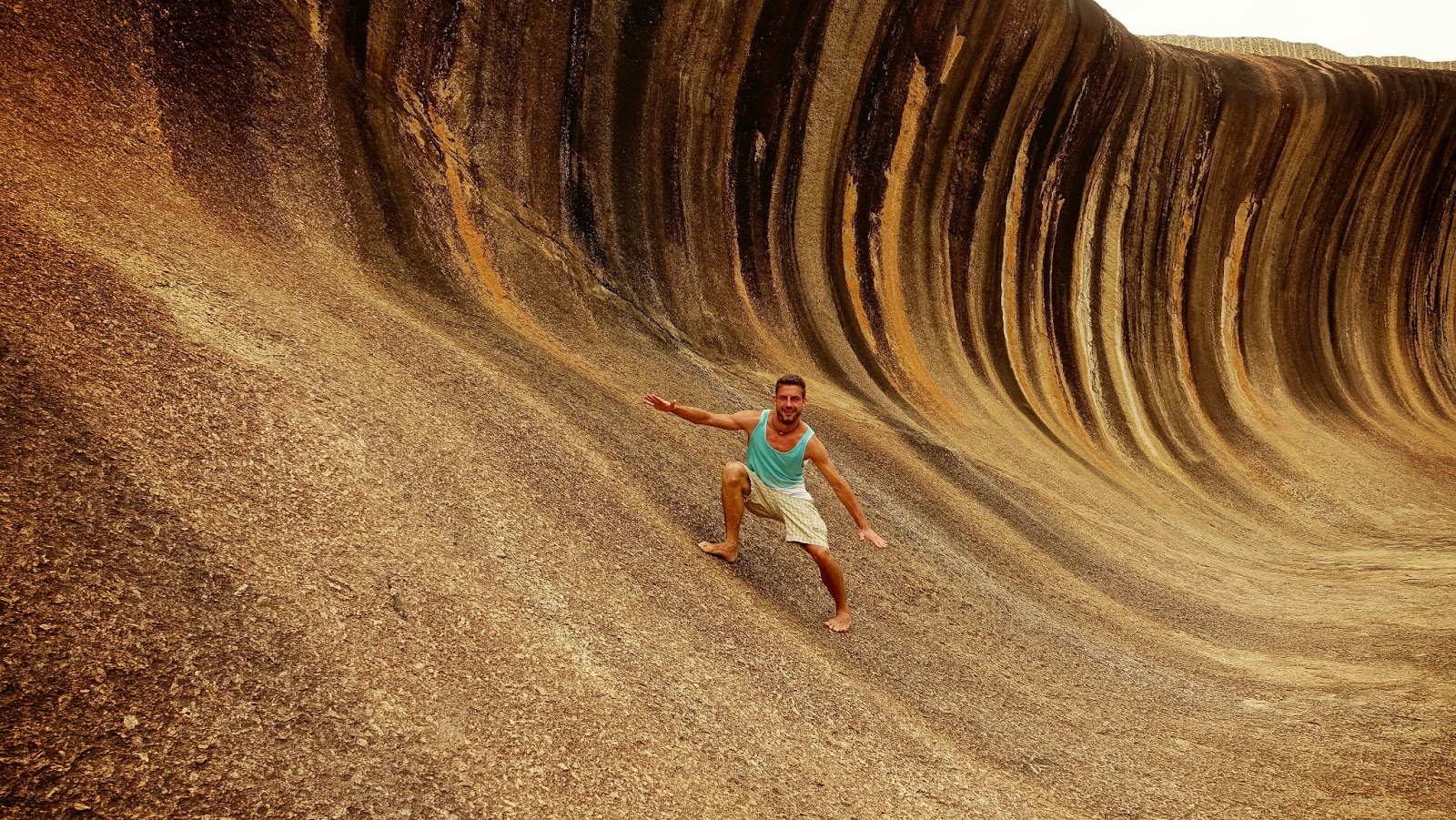 There almost was nothing on the way back to Perth. One attraction only, one thing to see: The wave rock. It’s about a hundred metres long, 10 – 15 m high and the rest of a stone formation the wind didn’t blow away. Quite impressive, as the whole country is. 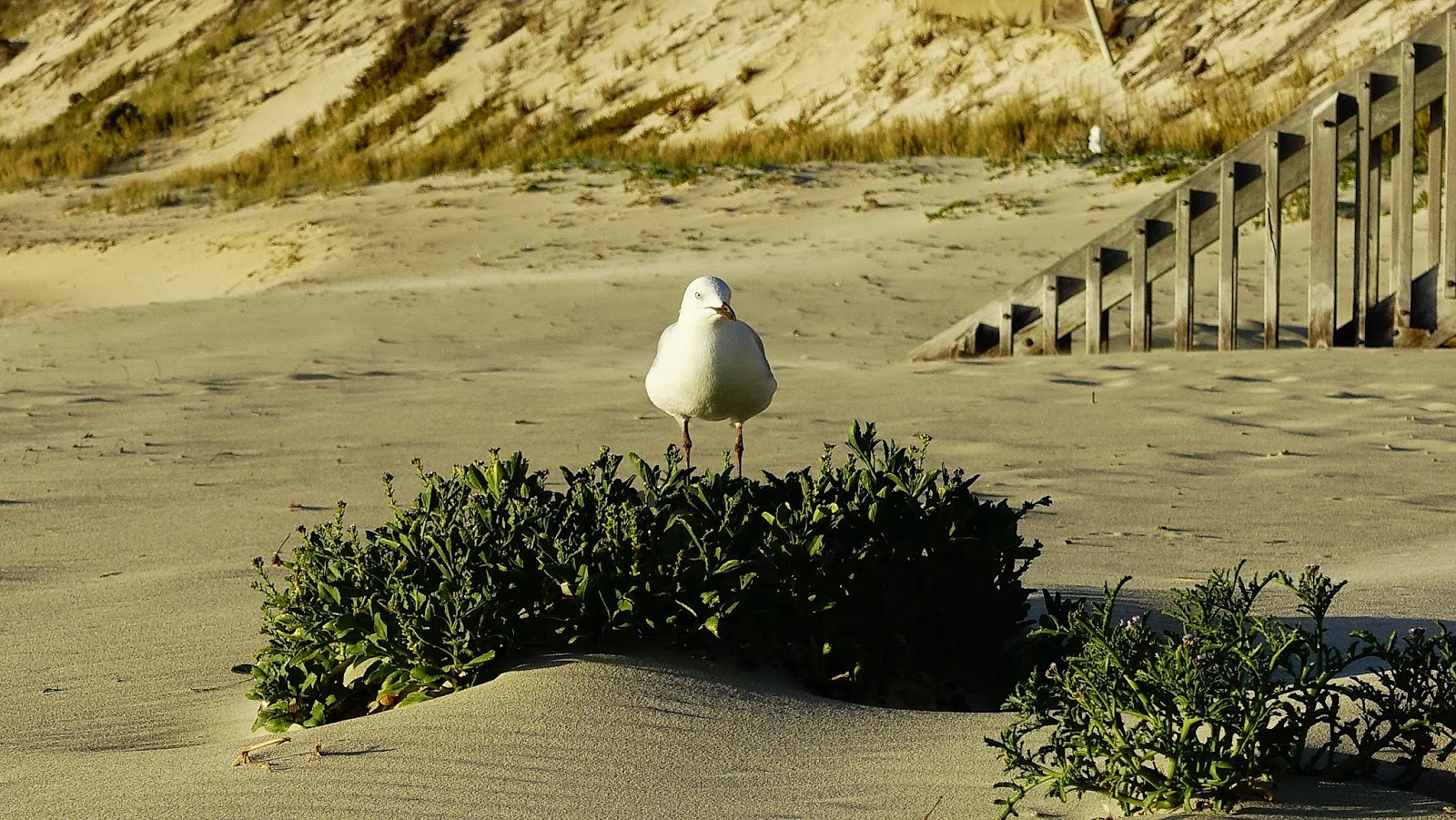