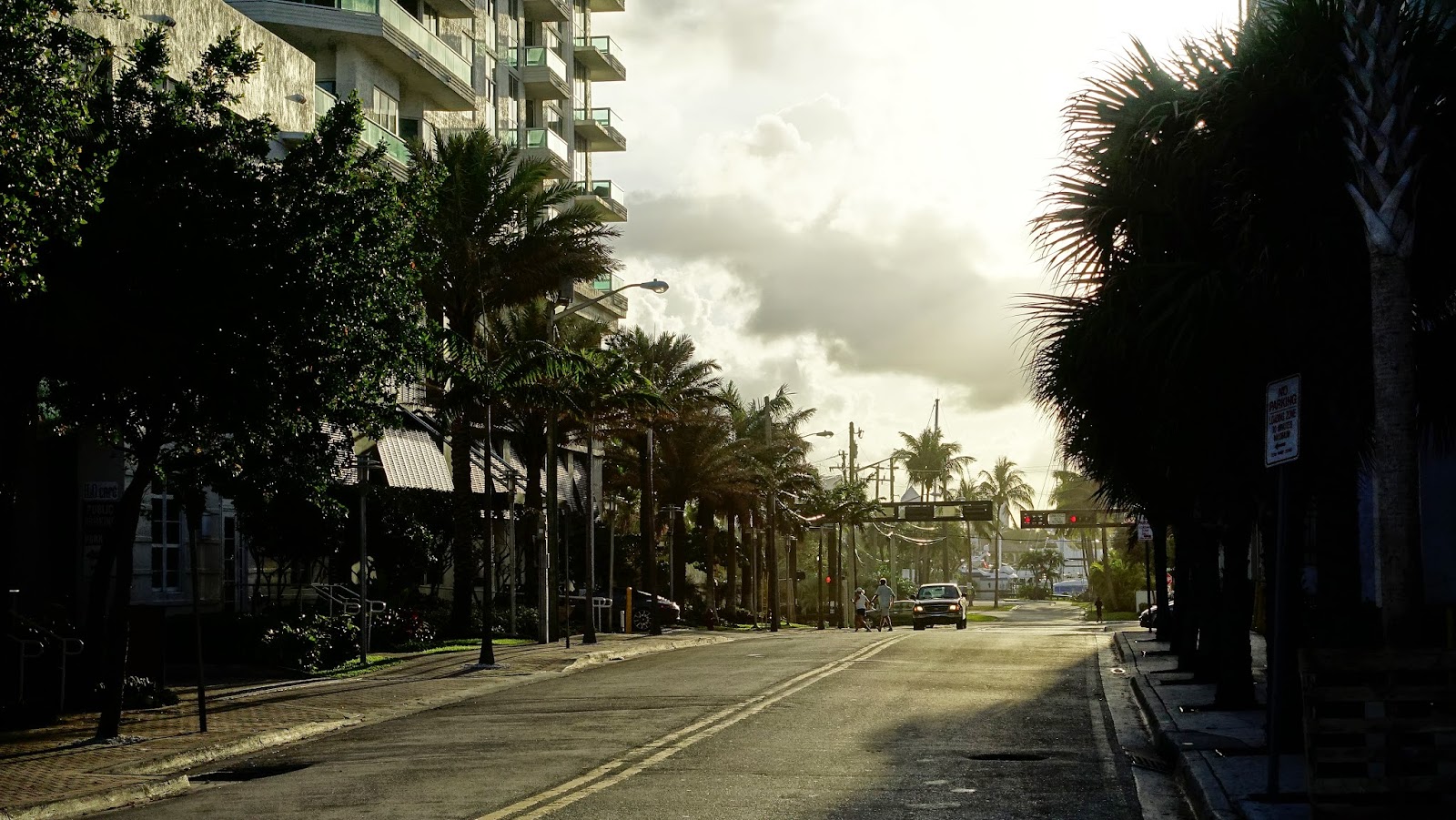 That trip was long time scheduled; and it finally worked out – visiting Tobi in Florida. At the airport in Frankfurt I’ve won a special security check. Their system is choosing some ticket numbers randomly, this time, it was me, and a guy from Chile I had a chat with while being checked. The flight itself was on time and 2 meals, 2 movies and a little sleep later I arrived in Miami. The usual standard procedure entering the US takes longer (1 ½ hours) than my special treatment back in Frankfurt, a thing I didn’t try to understand. But here I was, Miami!!! 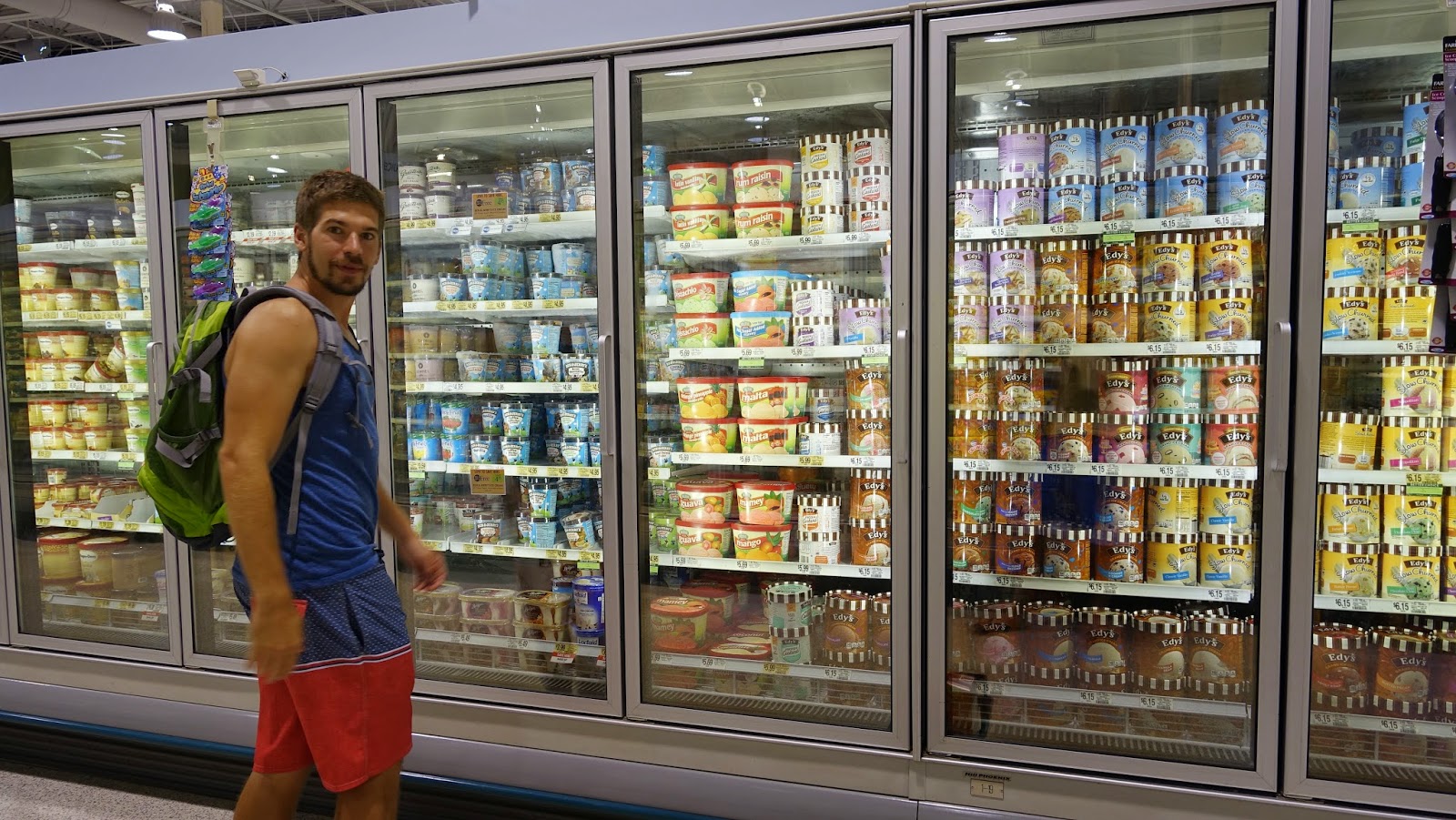 Tobi was picking me up from the airport and we headed back to Fort Lauderdale, having a few beers at the beach while feeling the warm breeze coming from the ocean – something you can get used to. On the way back home we stopped by at Five Guys, a burger fast food thing I heard so much about. I had to give it a try. From the nowadays perspective, those burgers are alright, but far from best ;) 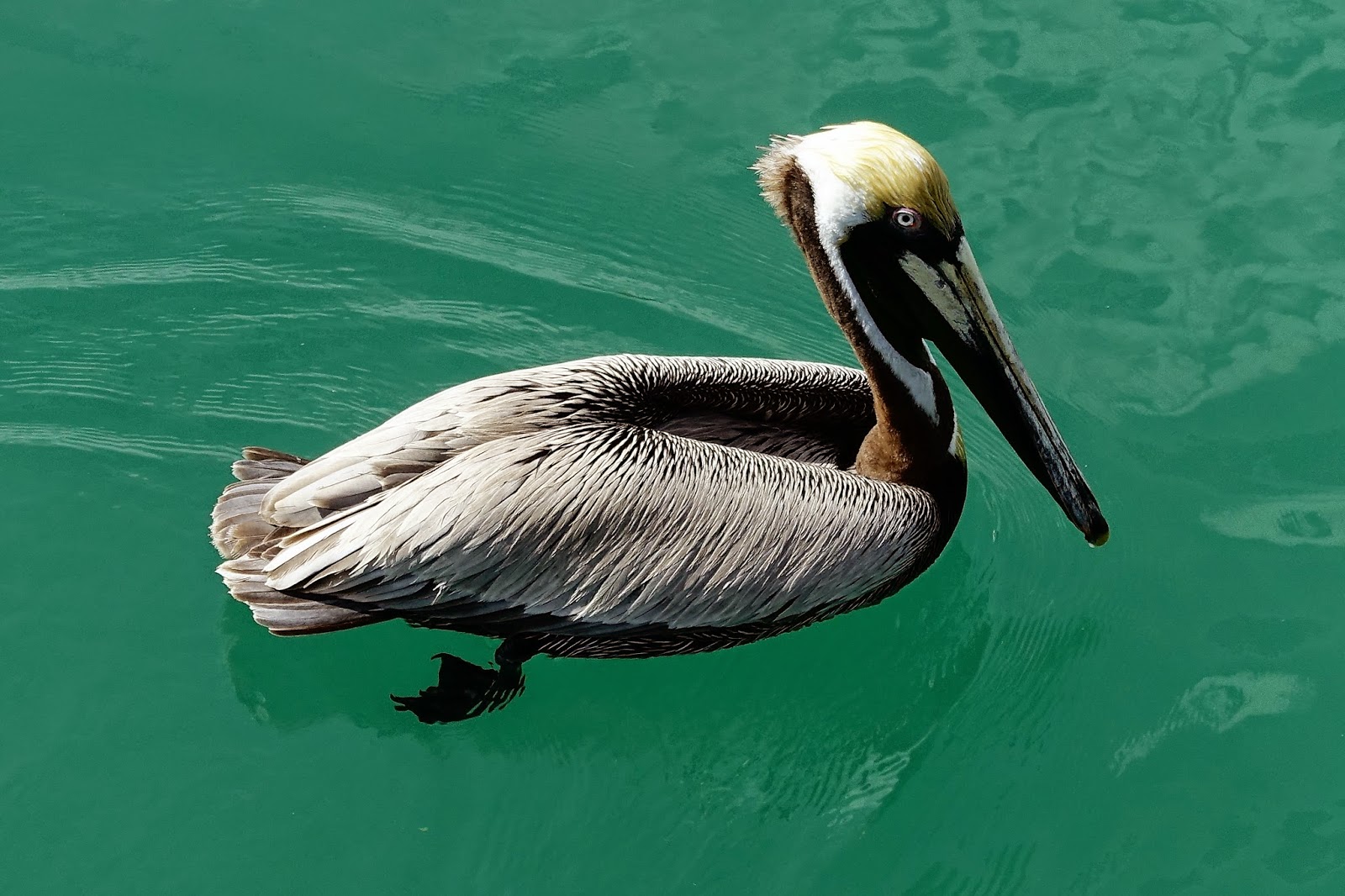 The next morning I slept long, way too long. I started to feel the jetlag. Tobi picked me up for lunch. We went to Tap42 with his colleagues where I was told to try, guess what, the burger. Alright then, 2nd burger, bring it up. It was a good one, juicy, which excellent French Fries.

Then I picked up my car and spent the afternoon in Miami Beach, walked through the Lincoln Road Mall and strolled along the Art Deco District with its colourful hotels, bars, clubs and pubs. Good spot for chilling out. 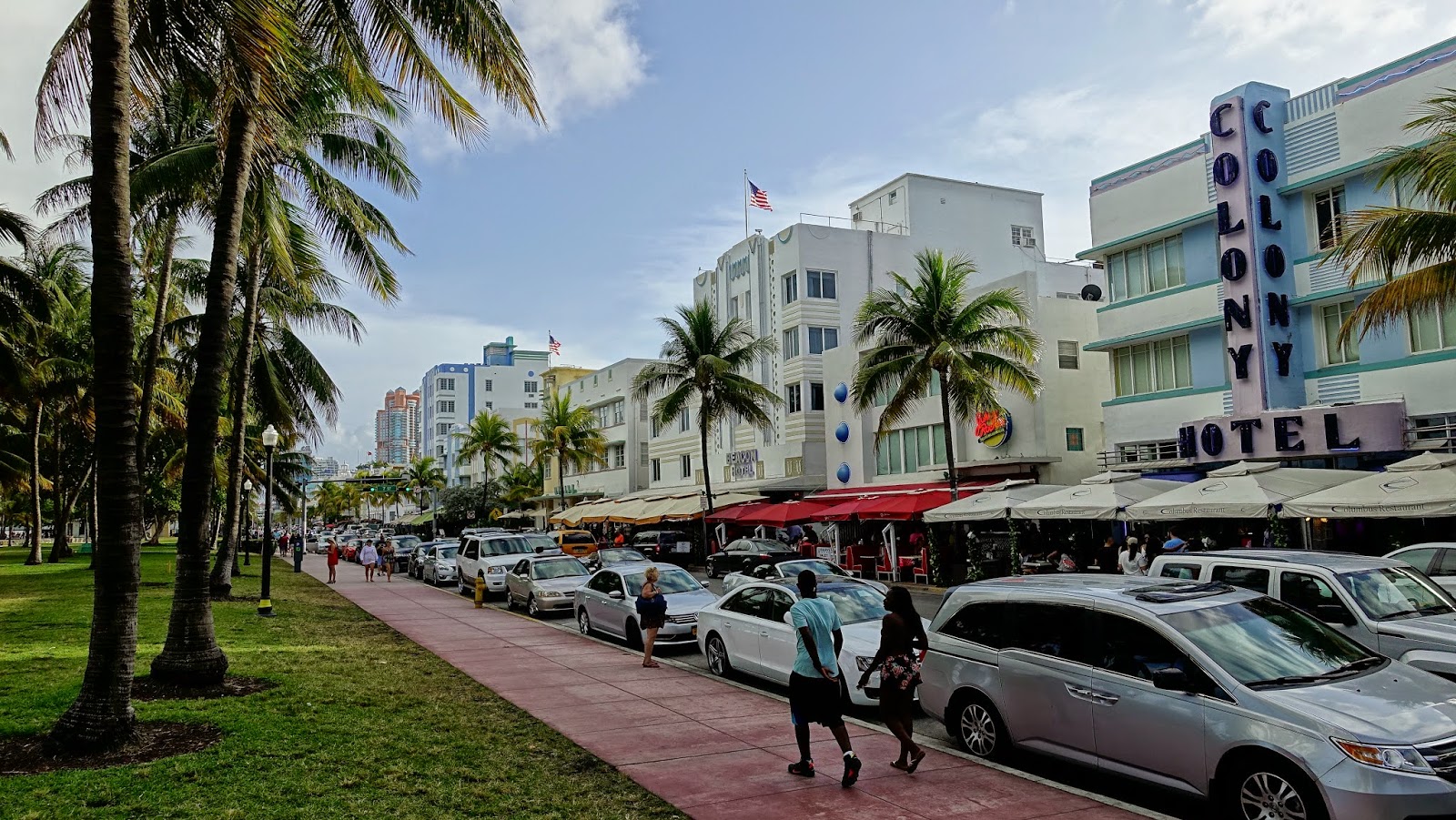 The next morning, I slept longer once again, before risking to get stuck in that heavy traffic when going to Miami downtown. I rented one of those city bikes to get from A to B a bit faster. Unfortunately, the route I took wasn’t that spectacular. I passed little Havana before returning the bike at the station where I got it from. 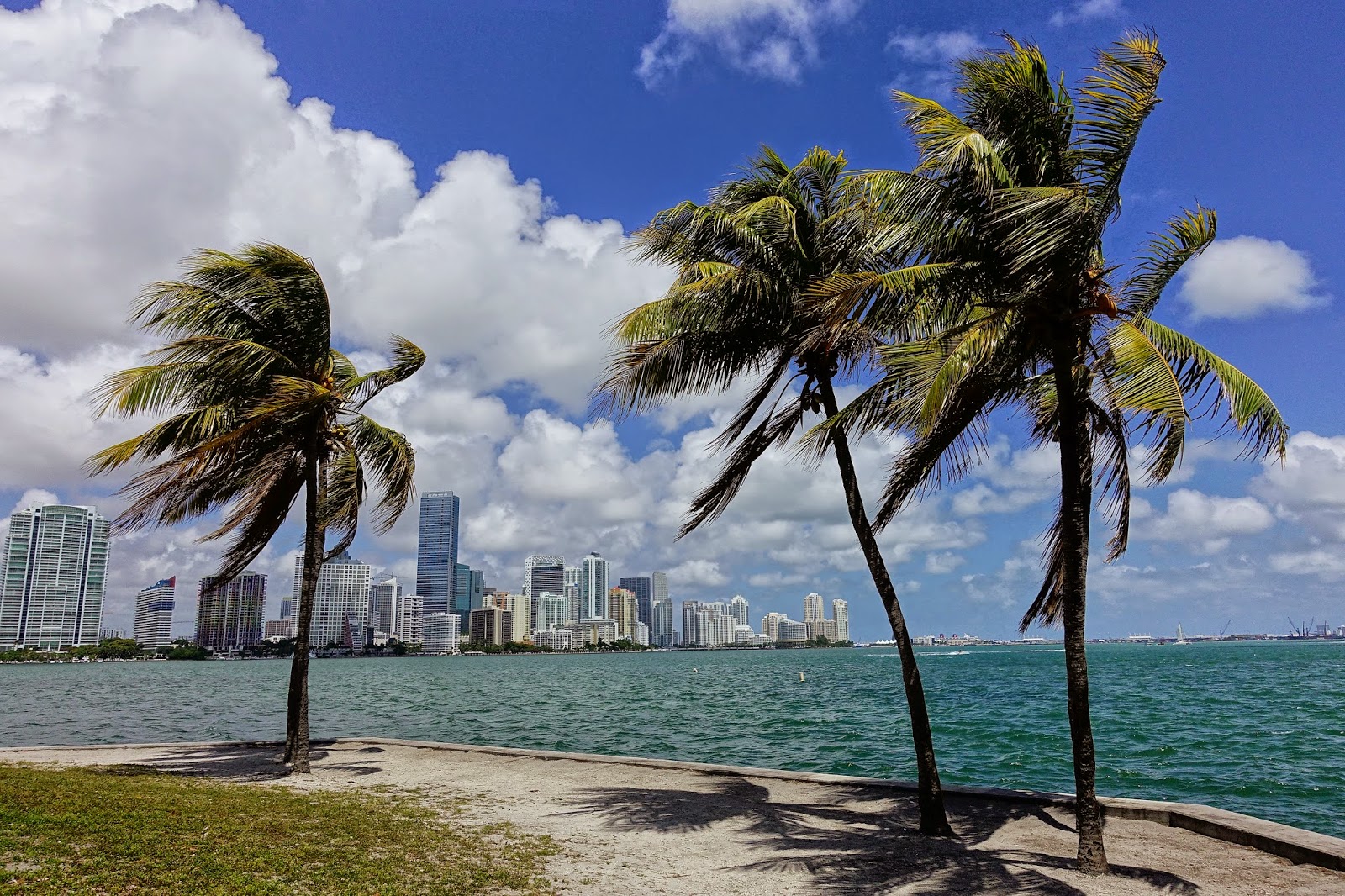 I spent the afternoon in the Sawgrass Mills Mall – an area so big you really have to figure out where to go before entering. And of course, every single shop is selling on sale. 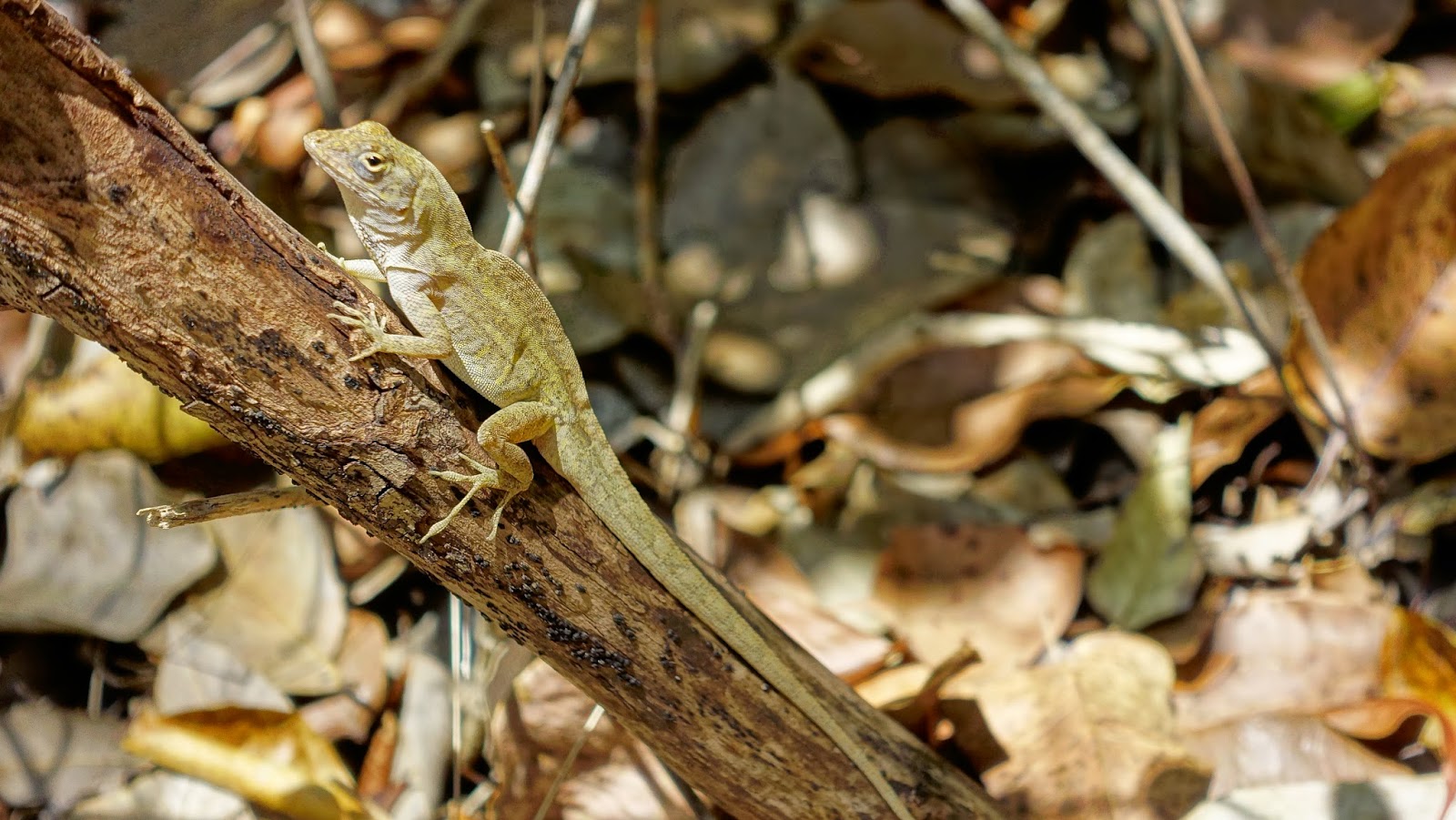 On Thursday, I passed Miami to go further south. I first stopped at a nature reserve north of the Florida Keys. It was offering a 3 mile return walking tour through the bushes and mangroves. Lizards, butterflies and birds everywhere – luckily no alligators. At least I didn’t see any. 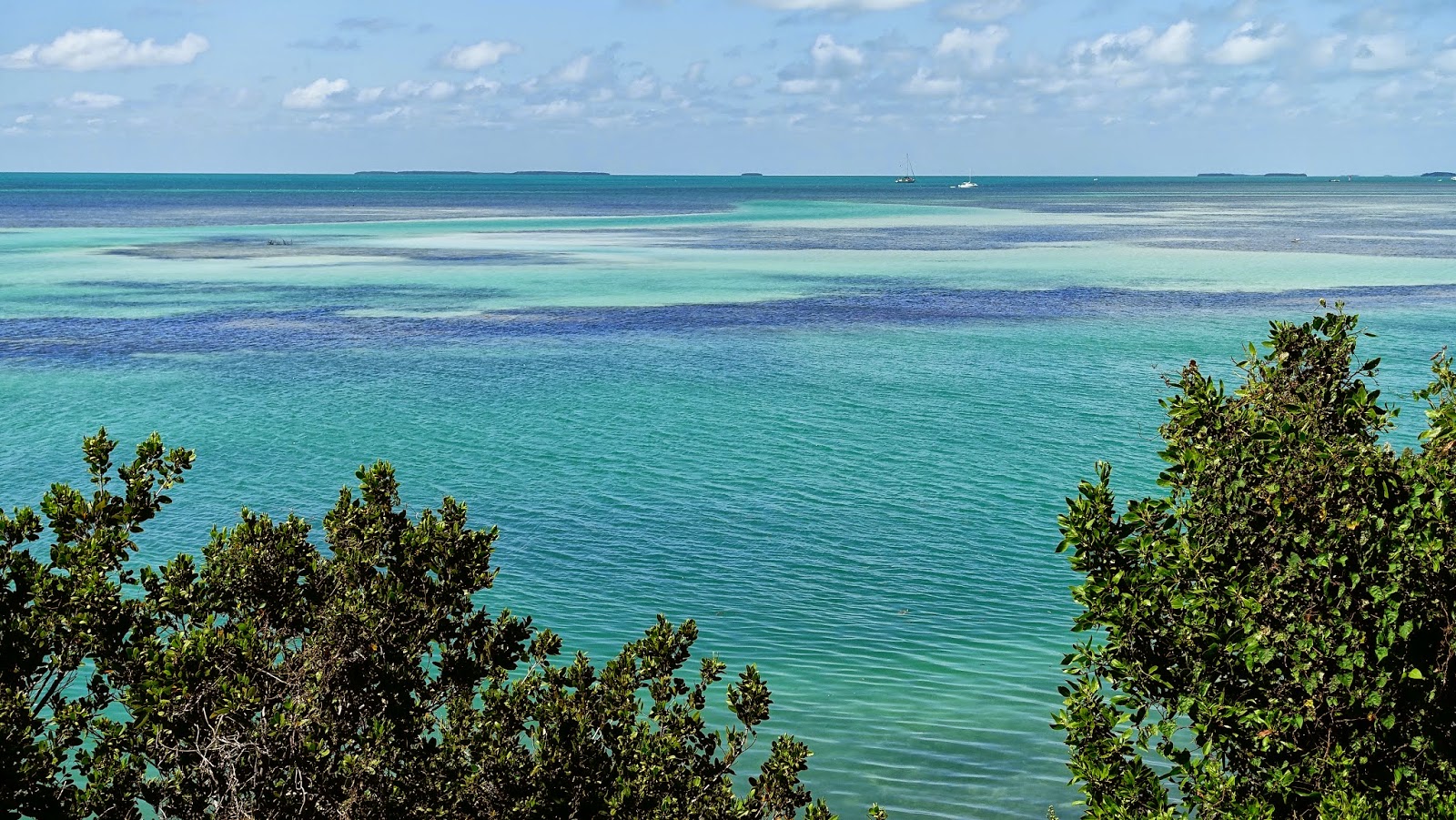 Numerous miles and bridges later I stopped at Duck Key where some of the moneyed people are parking their boats and sports cars. Pretty cool place. On the way back I had a dolphin fish steak at the highly recommended Hungy Tarpon Restaurant. 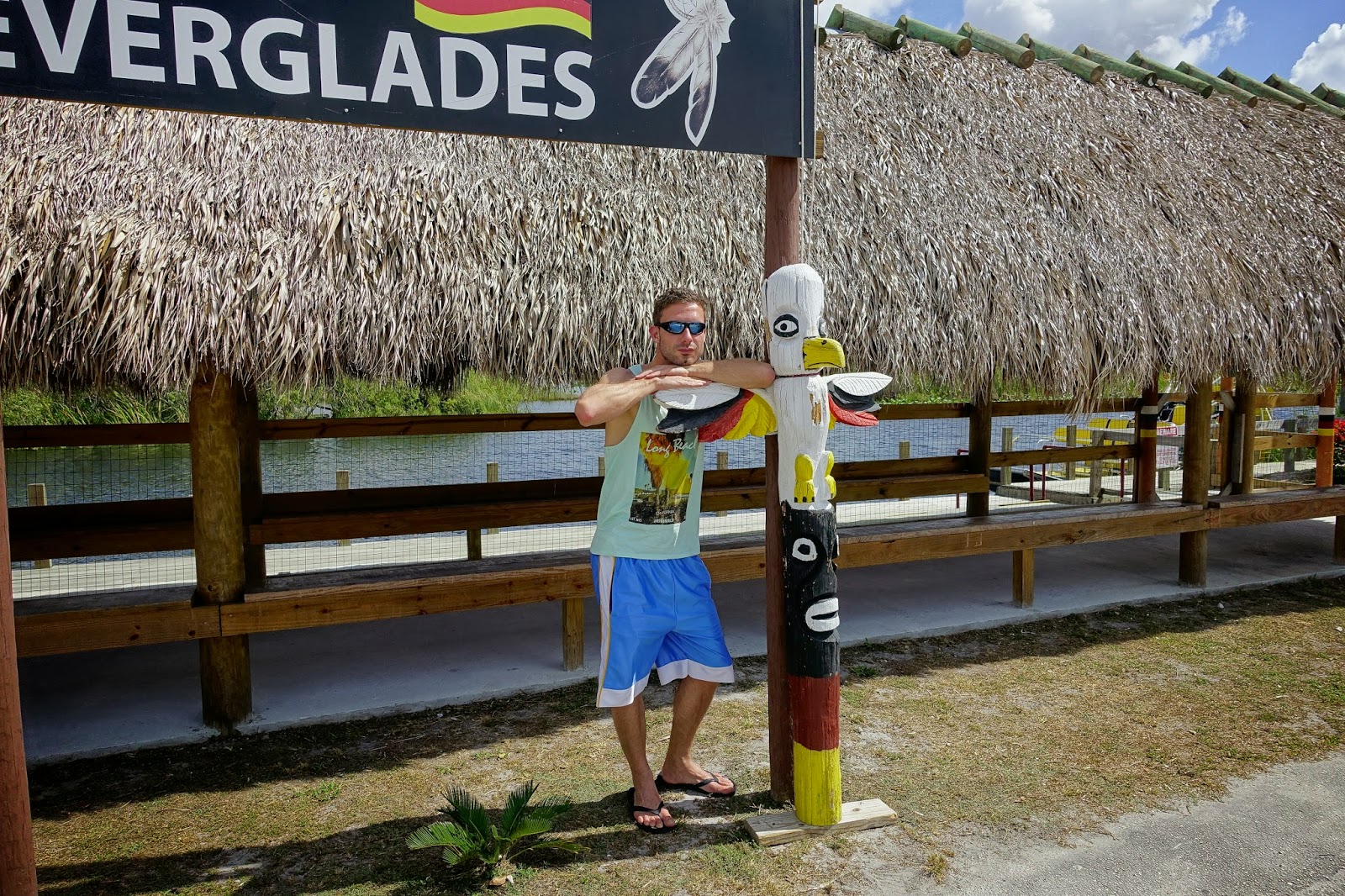 Friday was Tobi’s first day off, and it had to be used. After a perfect self-made sandwich breakfast (toasted bread with scrambled eggs, mushrooms and tomatoes) we headed east to Highway 41 which crosses Florida horizontally. An artificial water channel was running aside the street and a few alligators could be spotted while driving along. And rarely, baby alligators on the street – dead! I guess Americans don’t break for anything stepping on highways. 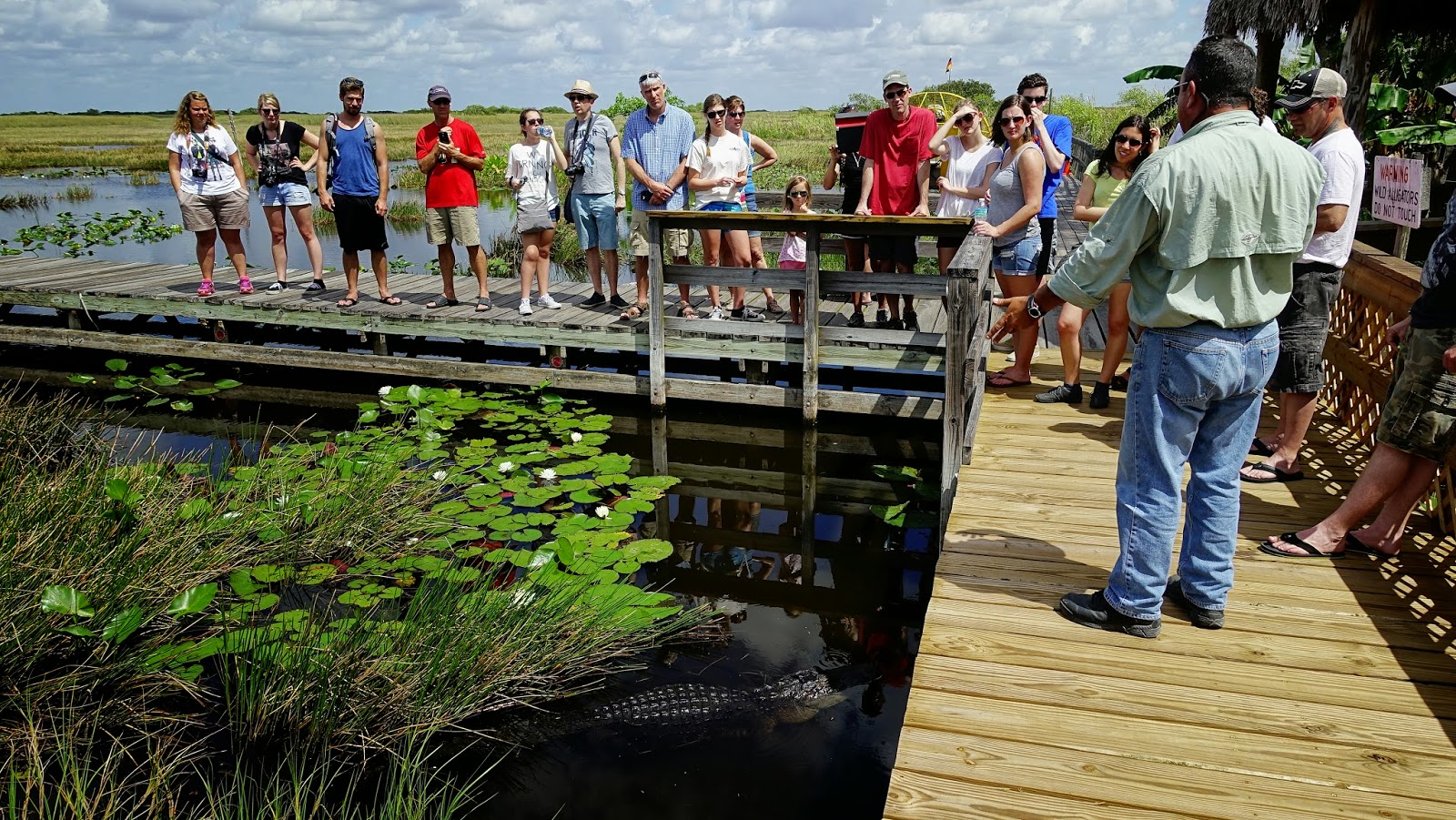 We picked a water airboat travel agent a bit further away from the main touristic ones. Wasn’t the best choice ever. The guide wasn’t the smartest, and had no interest in serving a mind blowing tour. No stats and figures. But at least some alligators could be sighted – baby and mother alligator. Impressive indeed, especially those stories about ‘em. 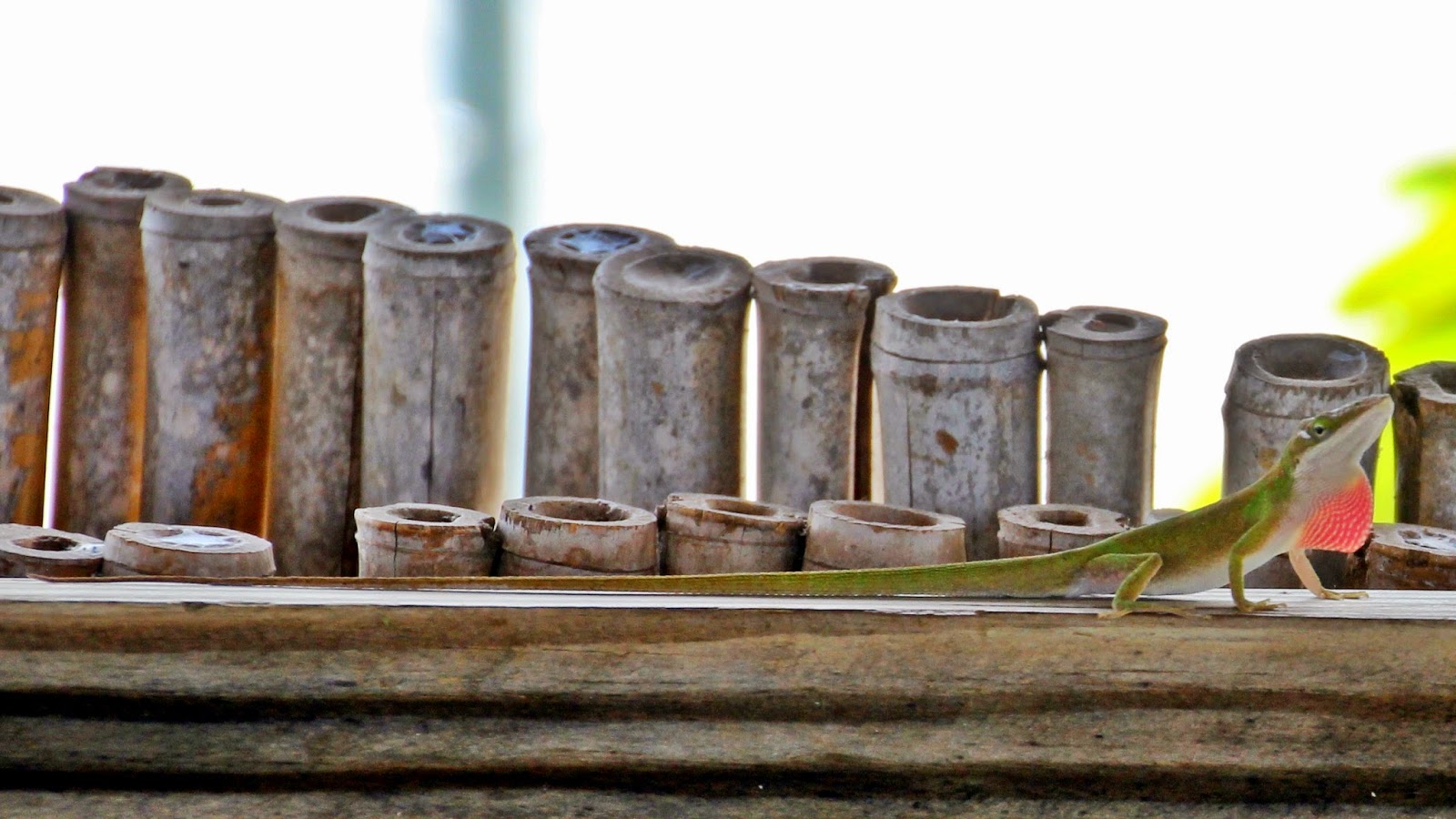 We went straight home after the tour, preparing for the food festival where had my third burger from a food truck called “hot stove”. I got used to burger already, and they were getting better and better. So there has come the perfect time for hanging out while having a marshmallow bonfire at the beach house. 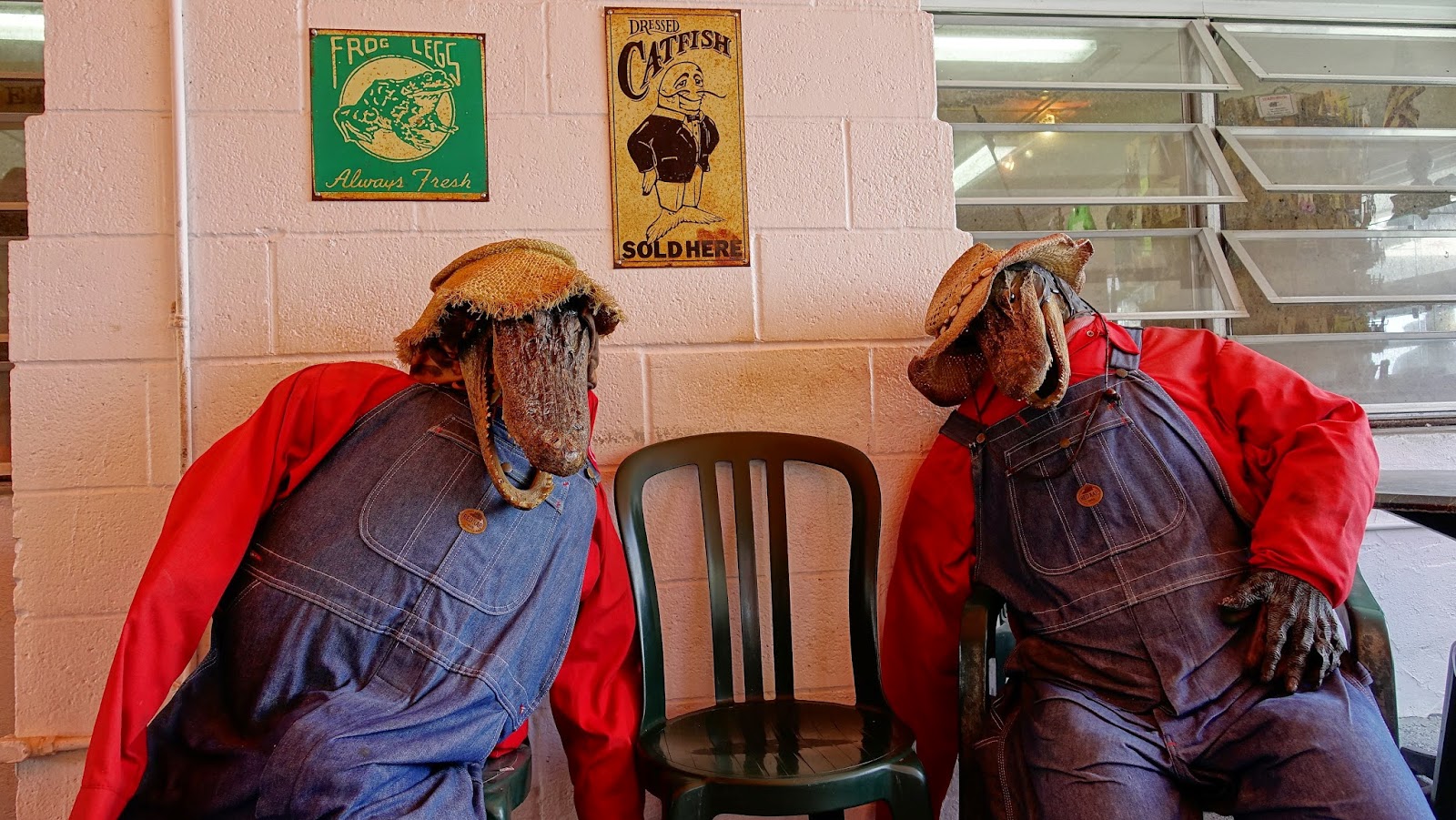 The last day had come and Dawn organised a boat cruise through the channels including some snorkelling in the ocean. For lunch, guess what, I had another and final 4th burger at Charm City – a burger hard to beat. As well as the fancy beers we had in the evening at Funky Buddha. Crazy people; they added everything they can find: chilli, ginger, coffee, … 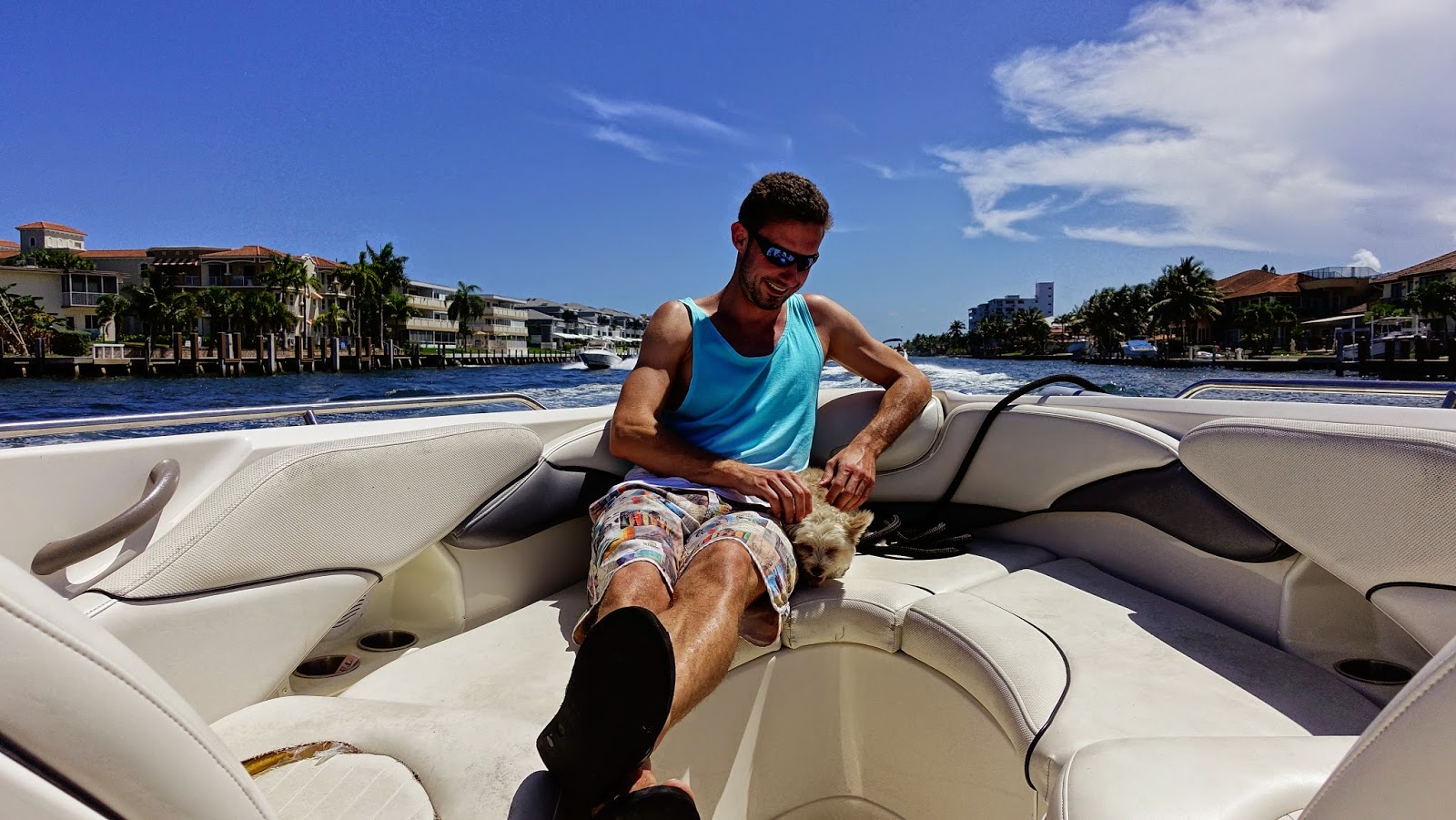