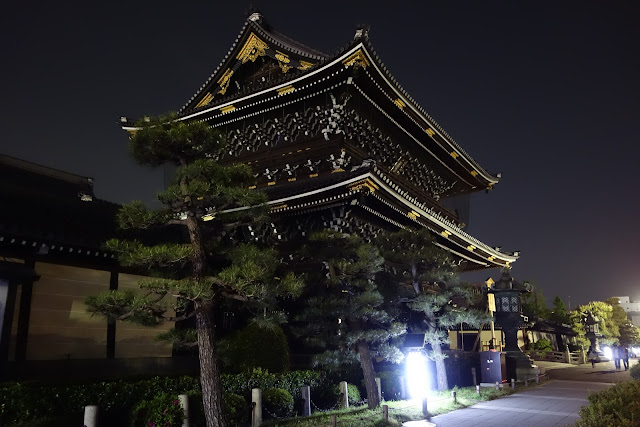 Still tired from marching through Kanazawa we took the evening train to our next destination. Again, well organised and easy to hop on, again almost impossible to miss. We are more and more versed in doing travels in Japan. When leaving the train and the station and while getting some sort of orientation we were surrounded by people trying to get from A to B – hectic and chaos everywhere. The so well-known structure and systematised atmosphere got lost. F or us, it felt like being stones in a river and the water was just swirling around us. 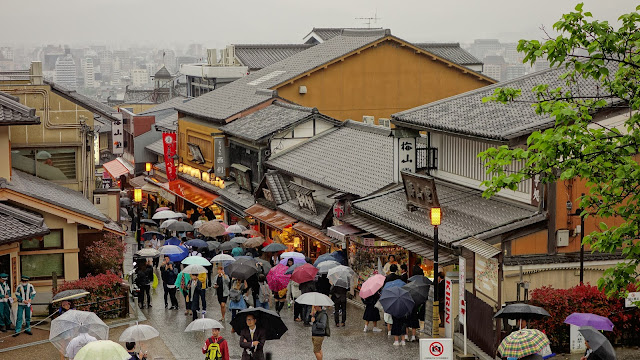 The hotel was only a few blocks away and easy to reach. Lucky, as we were not in the mood anymore for a long fully packed walk through the city. The breakfast the next morning was typical: rice balls with diverse fillings, miso soup, sea grass and green teen. Doesn’t sound that much but somehow it keeps you full for quite some time. 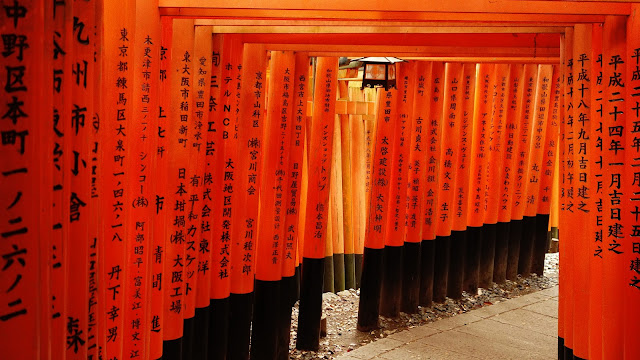 Ready and prepared we hit the town, took the train from the main train station (yes, again thousands of people) for one stop and arrived at the Fushimi Inari Taisha Shrine. Rich in colour it seems to be one of the most interesting temples in Japan. So I heard. The Shrine was beautiful, mostly in red colour, but even more impressing were the tracks and paths leading up the hill. For several kilometres, wooden gates all over the place, you walk through them where ever you go. It’s mystical and, somehow, throws you back in time. The first 1000 metres has got 1000 of them. The (sun) lights turn them in deep shiny red colour. A picture everybody wants to ban on their cameras which makes it nearly impossible to get one without any persons on it. The further you walk uphill, the less people were there. 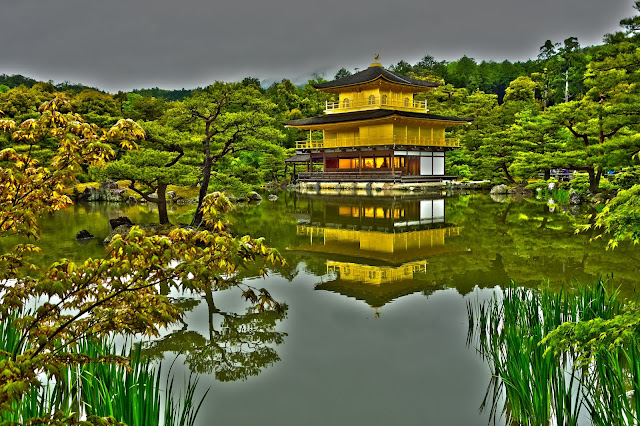 At some point, we needed to go on. The next must see – the Golden Temple Kinkaku-ji, literally "Temple of the Golden Pavilion". Located almost opposite from the place we’ve just been. It seems school classes were having the some idea, or they just had some kind of excursion day or something. Different classes marked with hats in different colours. All moved around in bunches – us in the middle. The temple is a Zen Buddhist temple. It’s got 3 levels, each of them constructed in different ages and therefore in a specific style which are shinden, samurai and zen. But one thing they do have one thing in common – the thin layer of gold at the surface. I’ve never seen such a building like this. 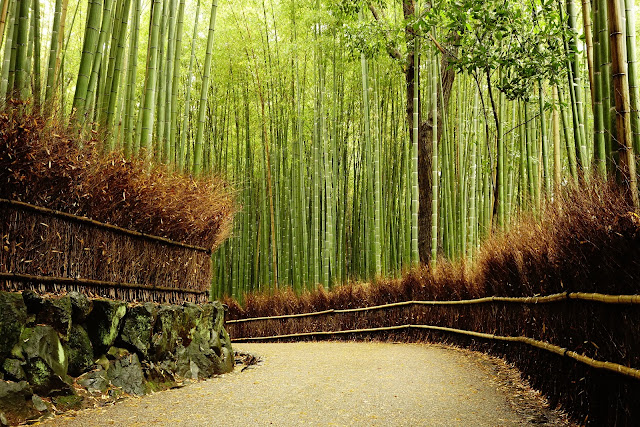 The next thing on our list has been the Bamboo Garden. Unlucky with the weather, we’ve been running around in rain. Positive side effect: less tourists. I mean still enough to bomb pictures. But we had some tourist free moments. The trees were massive, maybe 20 metres or so in height, dipping everything in fresh greenish colour and that just made it look so unreal. 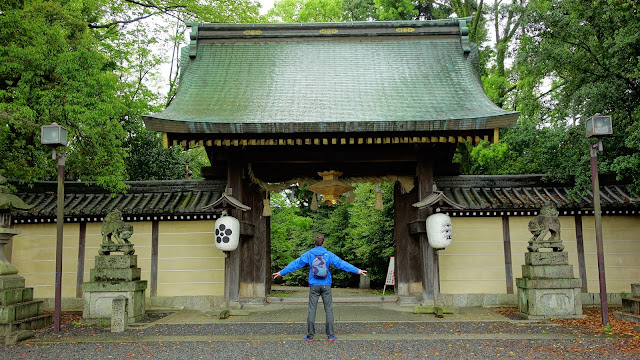 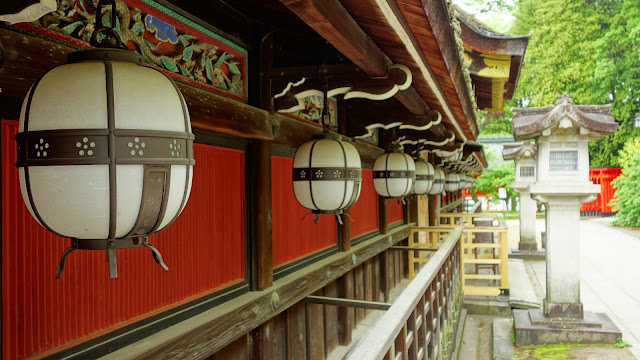 On the way back we were stopping by the old town. Tiny streets and traditional houses have thrown us back in time. Shops in the basements offered things for all needs. Mostly food and regional things, as well as hand crafted goods. 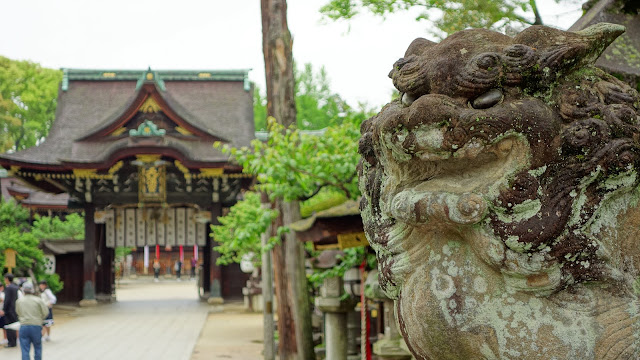 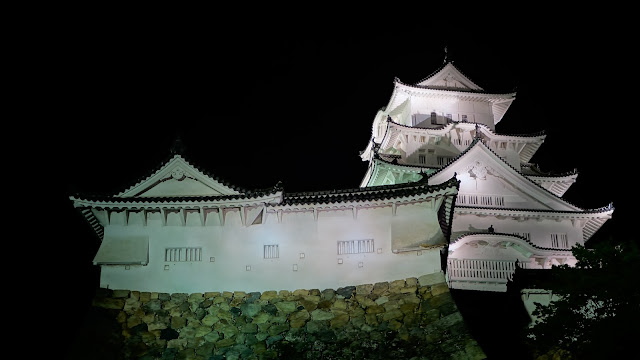