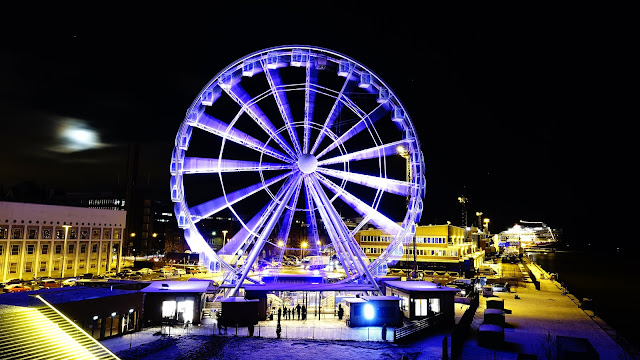 Last journey for this year, and what destination would be better than Finland? As it was the 100th year of independence (from Russia), many buildings were illuminated in the Nation's colours -  blue and white, e.g. the highest mountain in Finland or the Colosseum in Rome were shining in white-blue. 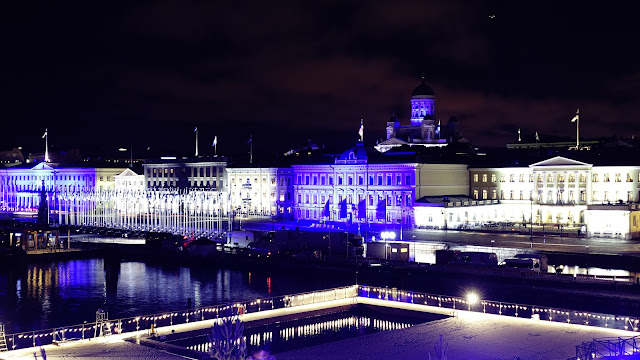 As Santa Claus is living in Rovaniemi right at the Arctic Circle, he usually ain't too far away and swings by regularly. 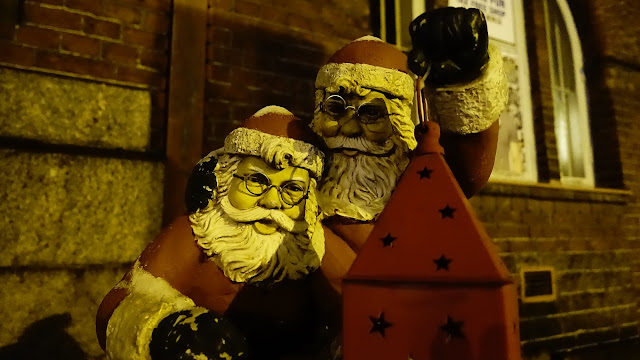 The huge firework exploded right in front of my hotel. From its Conference Center I had the perfect view in the first row. They started 20 minutes behind schedule, maybe caused by low temperatures at -10°C (although should be used to it), but in return, finished quickly by setting of the entire fireworks at once, as it seemed. N1ce! 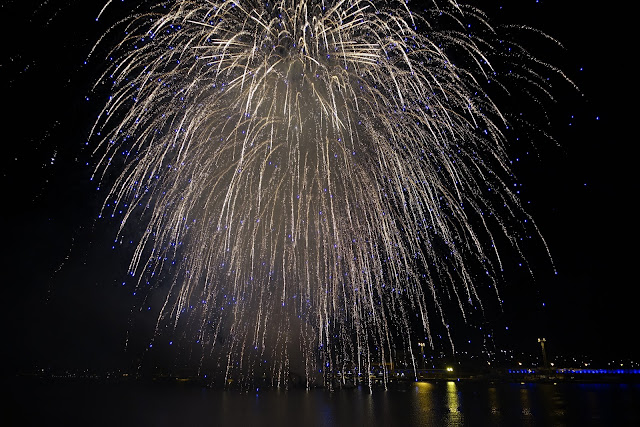