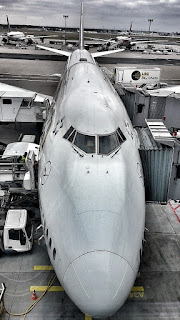 What a journey. To a country completely new, where I've not been so far. And I didn't really want to. The last years, I've been quite successful in avoiding it, but no way around or out this time. Incredible India!!! I've heard a lot of stories, things colleagues told me who stayed, lived and worked there for months. Now it was me stepping into their footsteps, luckily just for one week.

First sop, Mumbai. 1 am. I walked along the corridors, signs navigated me to the arrival hall. But before getting there, passport checkpoint and entry control. Thousands of people, many many lanes, but no signs indicating which lane to take. I took the first best, finaly came to the counter more or less one hour later, and tried to communicate to the man opposite. The only thing I understood was "Counter 27"! And I was at the third! So all the way back. Meanwhile, 3 am. I decided to queue up at the "permanent residence" lane, with 10 people infront of myself, and waited another 2 hours before entrance was admitted. 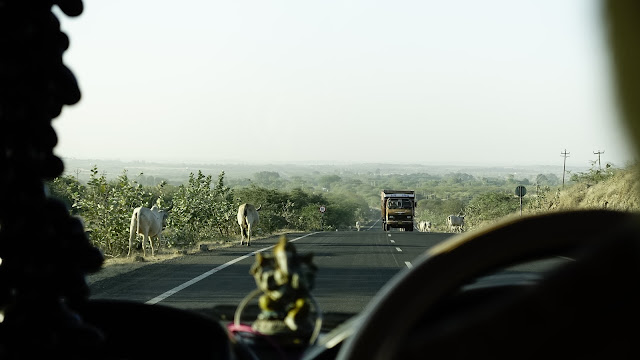 Half past 6 am, next flight to Bhuj, domestic flight. The arrival hall looked simple, no shops or anything, and the arriving passengers only. The doorway leading out of the building, was surrounding by people holding up a scrap of paper with a name on it. I checked, from the right, and found a small guy at the back with my name on the board. He noticed I was recognising my name, and gave a sign to follow him. Without talking I entered the car. I just trusted that guy that he would take me where I needed to go. I couldn't explain him either, so I waited where I would end up. 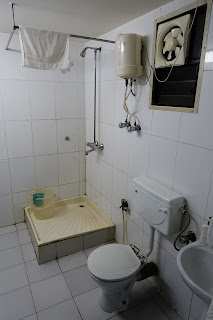 It took another 2 hours, passing a few villages in the desert on bumpy streets, which sometimes are blocked by cows - herds of cows not moving a single centimetre although cars are passing real close, horning all the time. It really is like in the movies and documentaries. 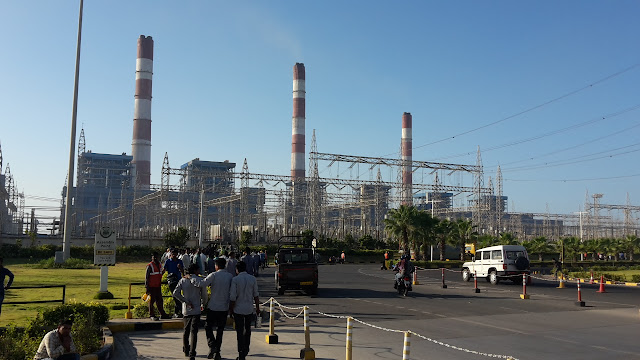 Once entered the working area, there was no way out again. There would not have been anything I could go to, the next village or city was kilometres away, far out of reach. Instead, I stayed at the guesthouse, in a single room aparment. Well equipped, with a TV I never switched on, a bed with a 3 cm mattress where sleeping on the floor would have had the same effect. What else? A bathroom, kind of. There was a shower, but no curtain. The water was brown-ish. At least the food was good, a bit spicy though, but nice. 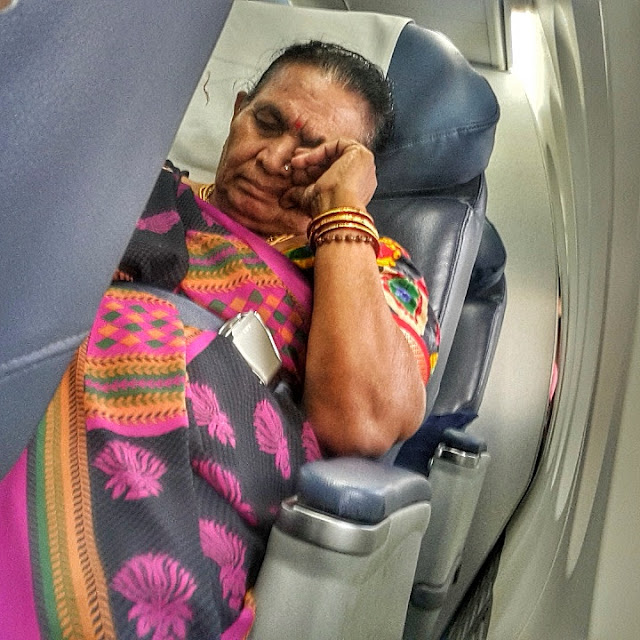 On the way back, it was later afternoon when flying into Mumbai. Heavy smog clouded the sight. Just when being low enough, it "cleared" and offered the view to the slums which are built as far as right to the airport fence.

All this is incredible India!