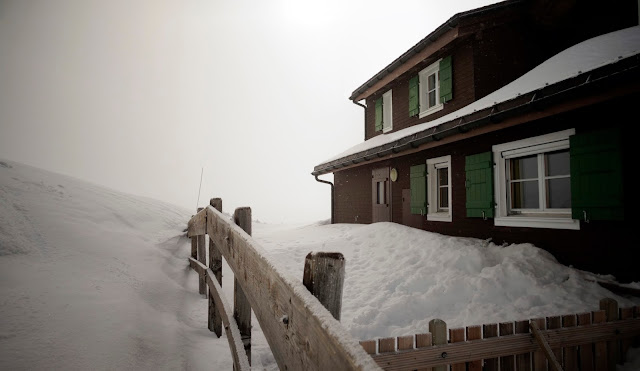 It's almost tradition - the yearly trip to Melchsee-Frutt in Switzerland. This year, it was supposed to be a skiing event again. And furthermore, a special one, with unforeseen occurrences about to happen. 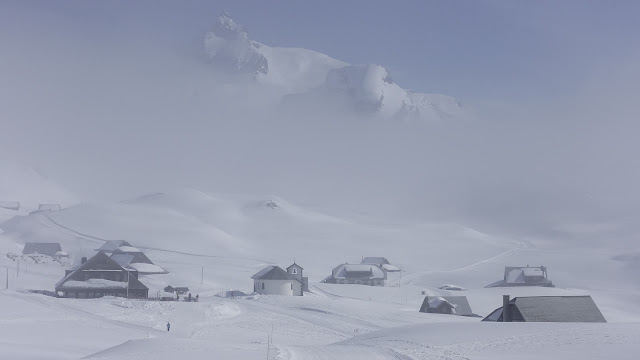 After having the car parked (long ago since the car park was free of charge, small, uncrowded and unknown) I rushed towards the valley station to reach the gondola before it made the scheduled break to go up one last time for the day. I coincidentally met Karl on the way, and that made me rethink my plan which immediately changed to having a cup of coffee first. 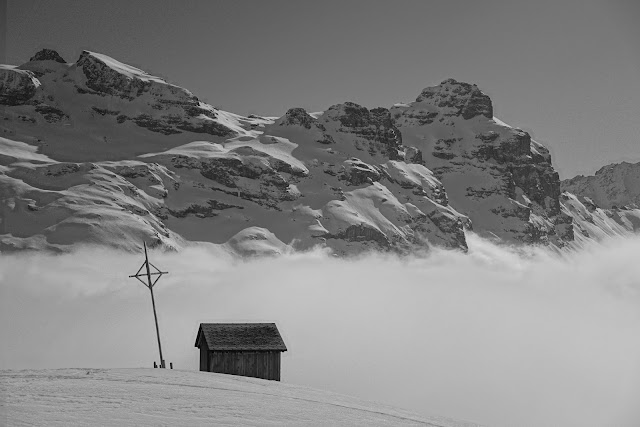 No skiing for me at the first day. Wanted to rest a bit first, spare my old bones for the following days. I did some snow hiking, passed Tannalp and had to return a little later as no track was prepared and I sank in for more than half a metre. Impossible to go further, and probably not the best idea.

And then, getting ready for skiing again. A thing I just do once a year - pleasant anticipation. The thing just was the weather conditions. It was freezing cold, minimum temperatures of -23°C - during the day. Every once in while, we had to stop, somewhere inside, warming up again. Even the Swiss people didn't ski, it's simply not fun at those temperatures. But for sure, having a Jagertee at the bar is definitely not the worst idea. 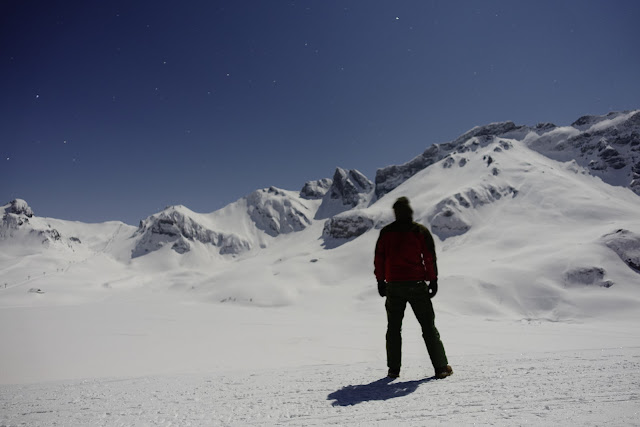 The nights were so crystal clear. No cloud, but million of stars. Although I could not stay outside for long ... 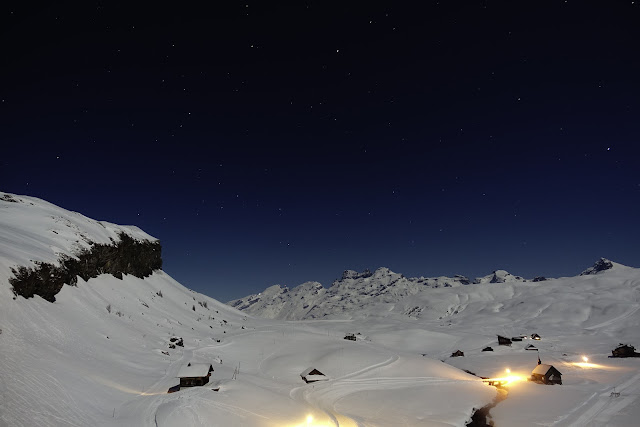