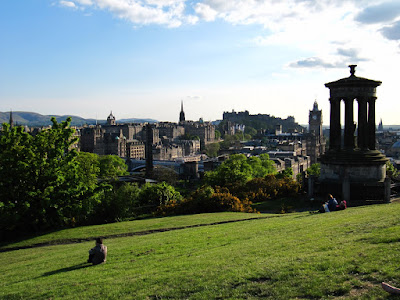 Two days of time had to be enough to left my cold behind. After going south to Erlangen on Monday, I hopped on the next aircraft to Edinburgh (see the upper picture - Edi's skyline of the Old Town with its spectacular Castle at the horizon). The inner city is awesome and well-preserved; as it was hundreds of years ago. I was lost in my thoughts when walking through the streets. 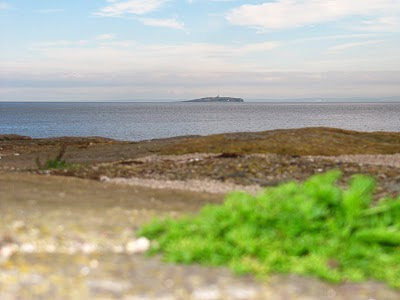 On day two I cruised along the east coast, crossing the Firth Bridge and passing Crail (see picture - view from the calm harbour to an offshore island), St. Andrew's (the golf sport was invented there, thus don't be surprised of the number of golf courses) and Dundee. 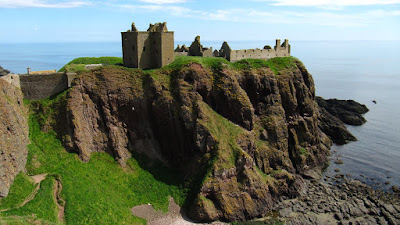 Dunnottar Castle, William Wallace kept English Soldiers there and it was home of the Scottish Crown Jewels. 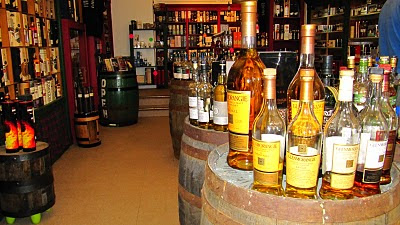 Dufftown - a small and cosy village with heaps of whiskey distilleries that makes it famous for, especially the tastings in which I can't take part due to responsibly car driving. ;-) 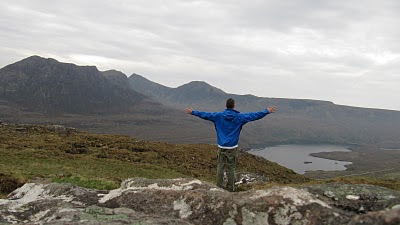 I was the only guy hiking up the Stac Pollaidh, feeling like ... hehe well, see the picture :) 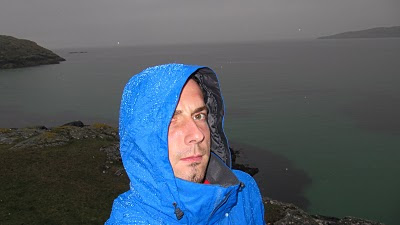 Scottish weather at its best at the Achmelvich Beach. Rugged coastlines and loneliness reminded me of some parts in Aussie - was similar over there. 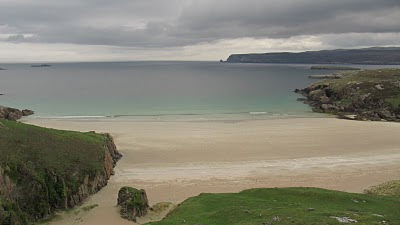 Sangobeg Beach near Durness at Scotland's north end. I sat down on the car roof and opened myself to this beaty, soaking up everything I saw. 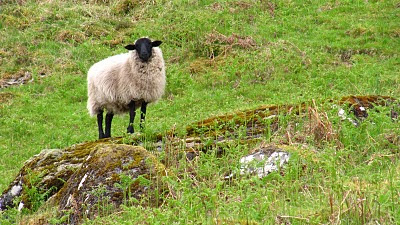 Haha those sheep with black heads and feet always drew my attention to 'em. 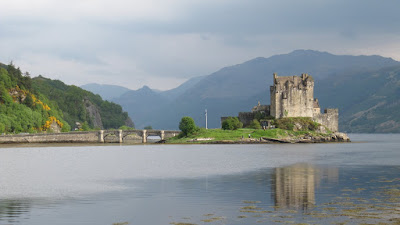 Scotland's most beautiful castle found at the west coast pretty close to Kyle of Lochalsh - the Eilean Donan Castle. I walked around it to get an idea of the life people had in the 16th century. Strange thoughts and feelings, but ideal views on this scenery. 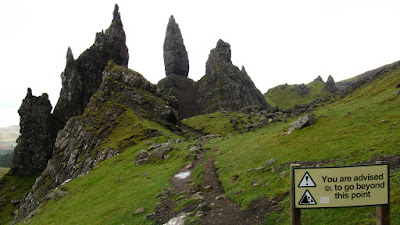 This rock formation an the Isle of Skye is called "The Old Man Storr" - bizarre and beautiful at once. 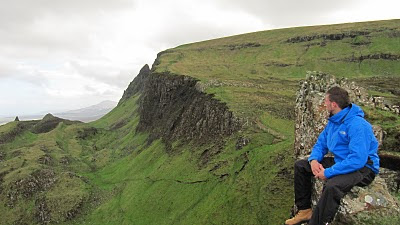 The Quirang -> a must see in Scotland. Stay there and enjoy!!! 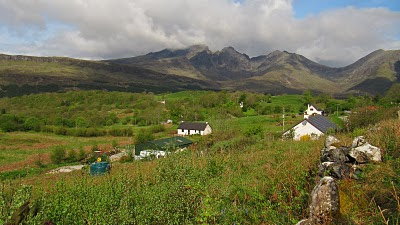 Cullin Hills on the Isle of Skye. I spent 3 days on this island. That tells a lot about its variety and number of points of interest. 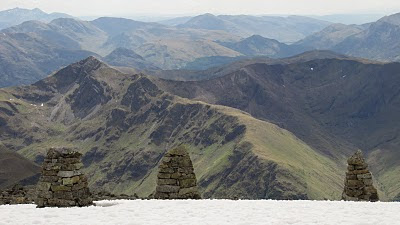 The highest scotish mountain is the Ben Nevis with a hight of 1344m. I walked it up and down again in less than 5 hours - gaining a great lookout. 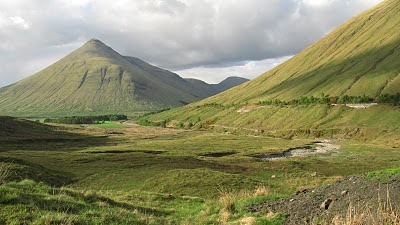 Picture taken on the way down to Glasgow, near to Crianlarich. 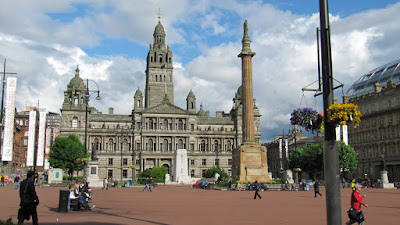 Glasgow, here the Town Hall, is a fully packed city without a special charm. Thus, it's not Scotlands highlight ;-)
Gepostet von Andi unter 1:57 am

far out man, I love your pictures. scotland is stunning beautiful. I'

Oh Gosh, so beautiful scenery. I wish I could travel Europe with you, but not the mountainous one by bicycle ;)

Thank you for the nice photoes, Andi

Scotland is a lovely place of earth. I do advice everyone to go there who's enjoying adventurous nature trips. You'll love it!!!