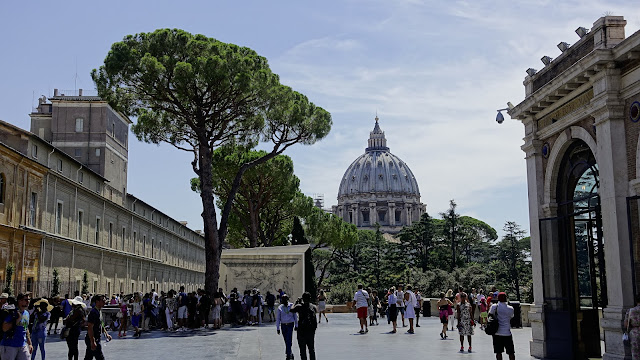 It has been on the list for a long time. But never done, until now. Finally! Rome! Have heard some many thing about this city, a must see; Rome, my beloved. It now was time to see myself.

Luckily, there is a direct flight from Nuremberg. Which makes it so comfortable and convenient, if there would be the flight, the first that day, almost in the middle of the night. But ok, it's just that way, let's do it. 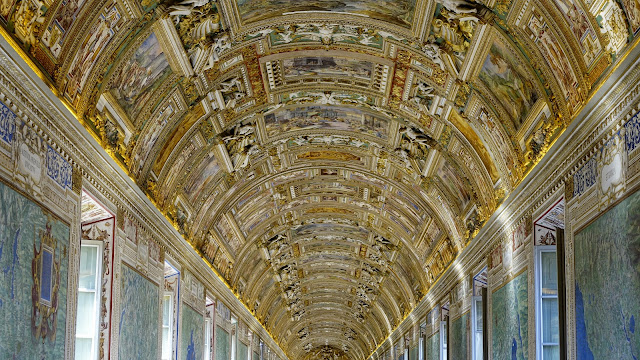 The hotel was like really close to the Vatican, a 10 minutes walk. Too bad, and a bit of bad luck, we have chosen the breakfast over being the first in line for the Vatican Museum. Couldn't help, there needs to be priorities. During the first waiting hour we were exposed to direct sunlight. At least some people were selling water to survive. And around the corner, shade was awaiting us. Which wasn't shortening the other 2 hours. But an improvement, a little. 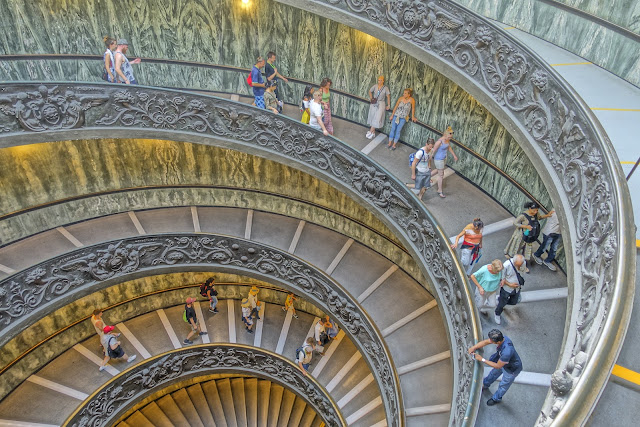 The museum itself was impressive. And too much to see for one day. And you had to look carefully at the things you wanted to see. Once passed, there was way back. The mob was pushing you forward, with constant speed. And even if there was a chance to jump 10 metres back to have a closer look, you wouldn't do it twice. Just go with the flow - astonishing enough. Amazing what people are capable of creating.

Being on the feet all day, walking around, in the heat, that made us deserve a good dinner. And a beer, and a wine, a bottle, after that day - finished, day was over, lights out!!! 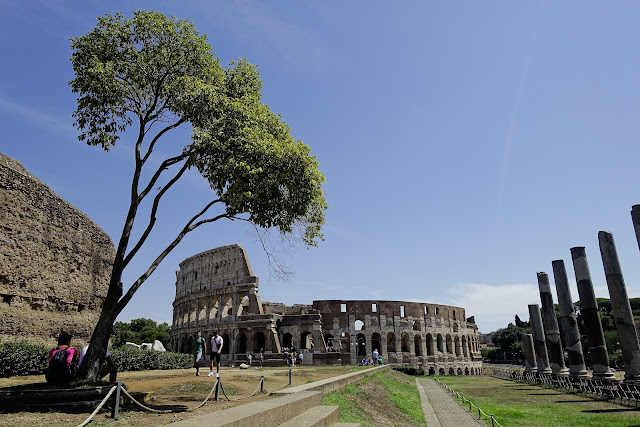 And one thing shouldn't be missed - yeah right, the Colosseum. This time, more clever. With the Roma Pass we were allowed to skip the line. Do what certain people tried to sell us, organised, official companies, more than on a Turkish bazaar. And they somehow reacted allergic to sentences like: "We already got tickets!" The Colosseum was fantastic, and impressive, and it really felt like being thrown back in time. 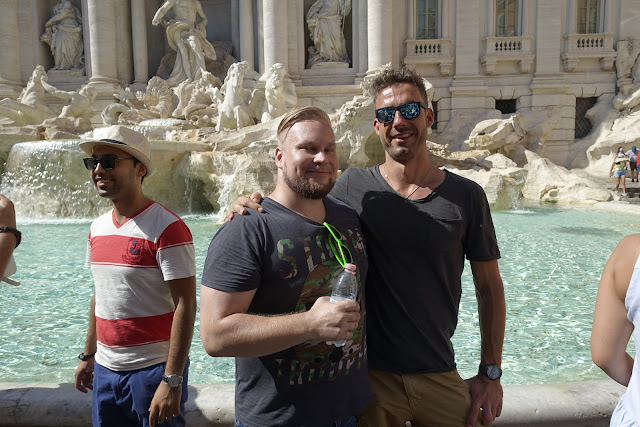