Being stuck at the summit!!! 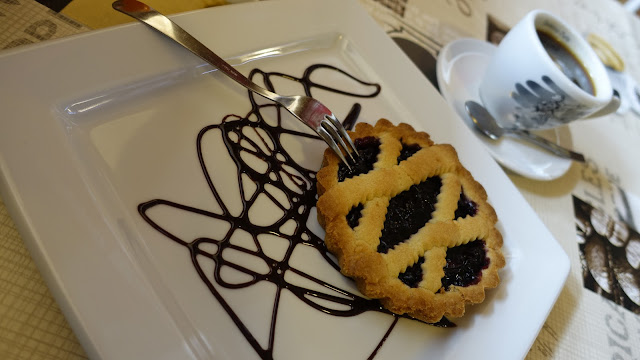 What has happened?
I arrived at Rifugio Teodulo the previous night.
I had an ok-4-course-dinner.
I went to bed and had a good sleep before the alarm went off the next morning.
So far all normal. I tried to have a look out of the windows. To see how the outside conditions are. But nothing to see. The glass was blurry, ice crystals at the outer side. I went down, opened the door and found myself in a winter wonderland. 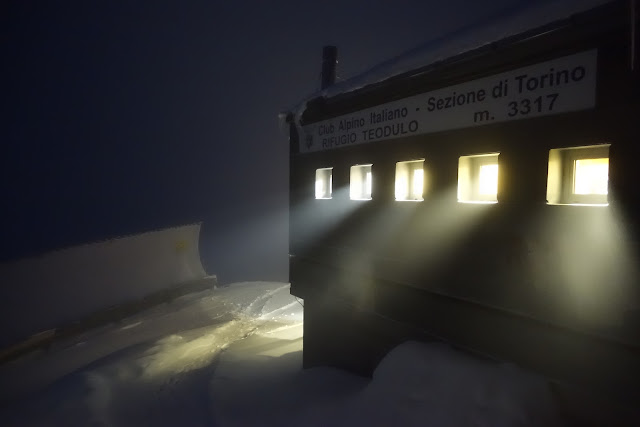 Snow storm, temperatures had dropped to -5°C or so. View of 10 metres, if lucky. That made me get stuck directly on the Italian-Swiss border. No way back, no way further. I spent the time reading a book, drinking coffee or having a chat with hikers/climbers who experienced exactly the same thing. 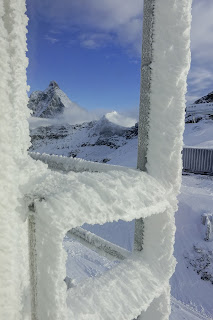 The next morning, it was much nicer. Blue sky, the Matterhorn clearly visible. A clear view under those conditions often goes hand in hand with freezing cold temperatures. So it did this time, too. And I was so not prepared for this. How to get out of this? 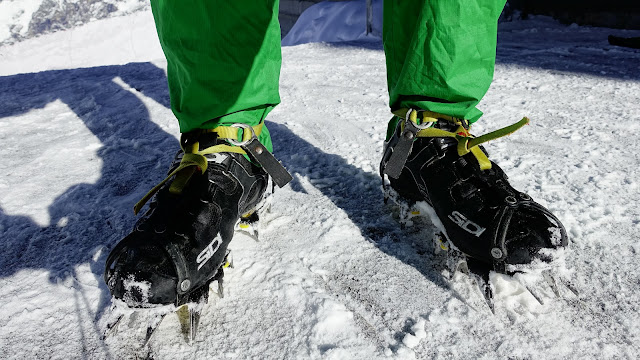 I have put all cloths on I had carried with me, two pair of trousers, T-shirt, 2 two jerseys, sweatshirt, rain jacket, 2 pair of socks and a third one on top of my cycling gloves, to cover the finger tips as well. A French couple had come up with  another idea. I borrowed his spikes and them on, overy the click pedal cycling shoes. Must habe looked so hilarious.

I followed four hikers (wanted to make sure not to go down into one of those crevasses) until we reached the skiing track. From there I would make it on my own. Bike riding the glacier was not that much adventurous, but so much fun. The snow was soft, so even if crashing, it didn't really hurt. 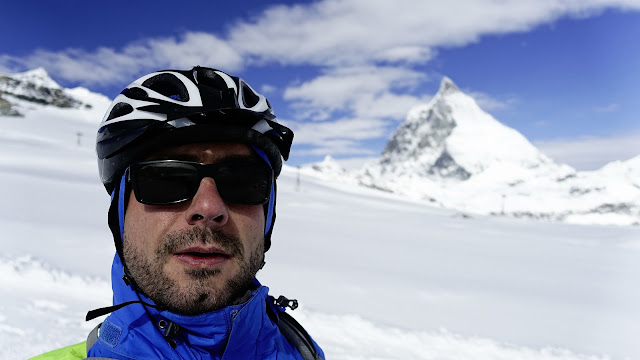 1000 m decline before the snow was gone. Most of it I was the first person trying to find the path. And sometimes, sheep have already found it. 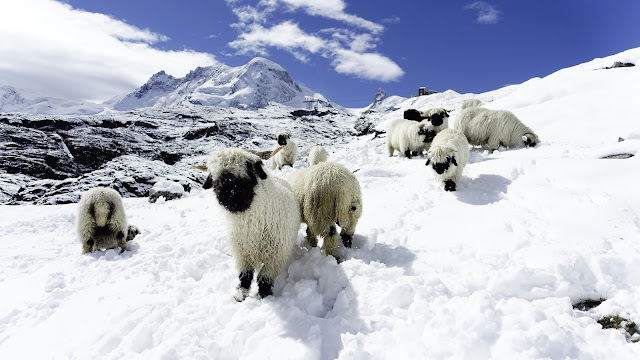 The rest was easy going. I passed Zermatt and went all the way down to Stalden, dismounted my bike, put it back in the car and went home. I have to say, one of the heaviest tours I did in the Alps. 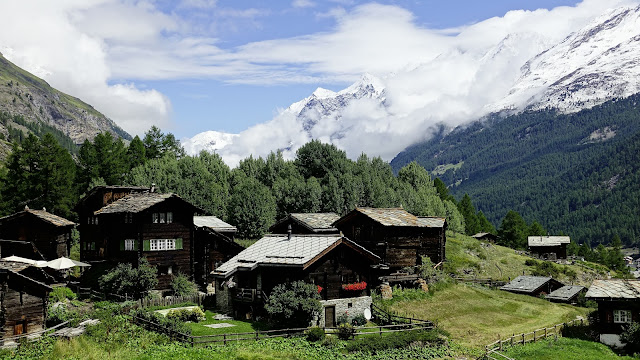