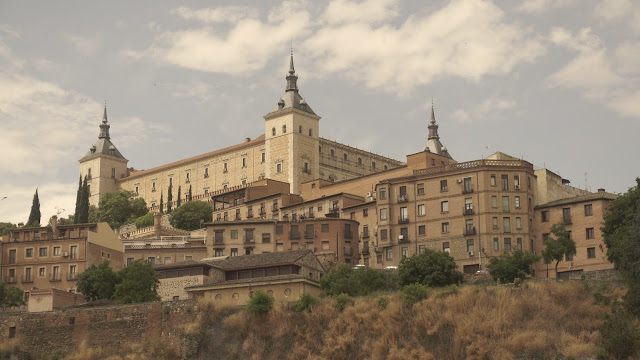 Just a stone's throw from Madrid, there is Toledo, a beautiful small and ancient city, set on a hill above the plains of Castilla-La Mancha. For its monumental and cultural heritage it was declared a World Heritage Site by UNESCO in 1986. 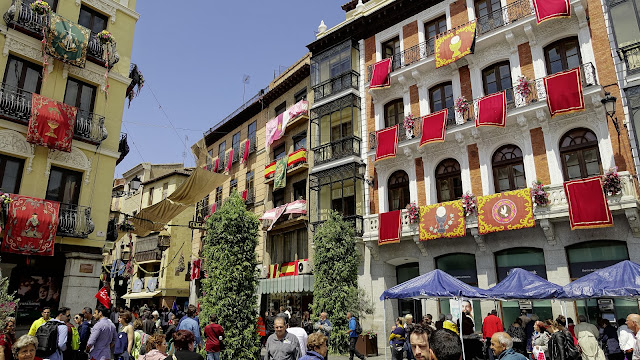 Streets are narrow, and fully packed with tourists. After turning left or right a few times, entering back streets, we could walk for ourselves, not being pushed back and forth, but taking the time we needed. 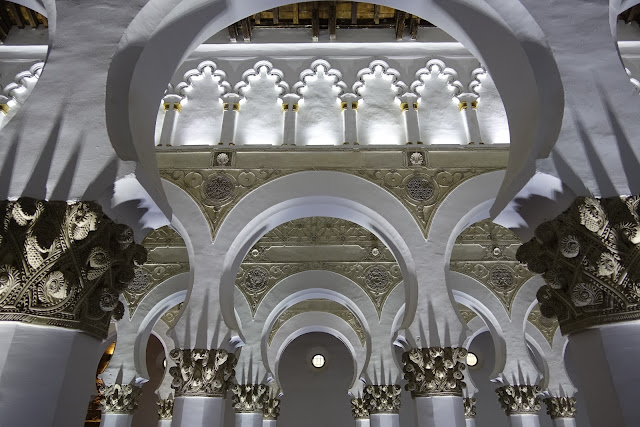 Toledo is paradise for me: one of the city's most famous food productions marzipan, the so called mazapán de Toledo, which is, in my view, extremely delicious. 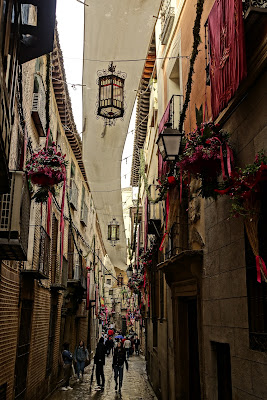 People put linen or blankets between house walls, to protect themselves from the sun. It makes the streets look unusual, but in a way interesting as well. Or it's just meant to be decoration. 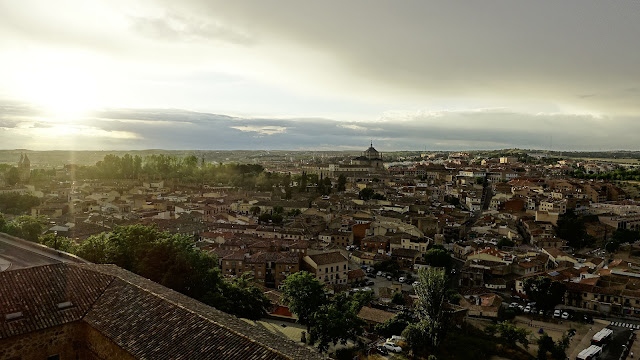